Reading vs Birmingham: Check out our betting tips

Reading grabbed a much needed win at the weekend. Can they follow it up with another three here? Find out with our Reading vs Birmingham match preview with free tips, predictions and odds mentioned along the way.

Backing Brum in a draw no bet scenario

Although Reading are coming off a win, that was their only win in their last 13 games across all competitions. Birmingham have been relatively better; they have two wins, three draws and two losses in their last seven games. However, it's worth mentioning that although Birmingham lost two of their last seven games, those losses were against two of the top 5 teams in the Championship; they've done better against teams in the bottom half of the Championship table. Additionally, Birmingham tend to play well against Reading whenever they visit this stadium; they have no losses in their last three visits, and they've lost just once in their last eight visits to this stadium. Considering Birmingham won five of those eight encounters; coupled with Reading's poor form, we're leaning towards Birmingham to win this game.

Birmingham have consistently scored goals this season; they've found the back of the net in all of their last nine games across all competitions. Conversely, Birmingham have not had too much trouble conceding goals; as they've done so in eight of those nine games. All of Birmingham's last eight games went above the 2.5 goal line. In the same vein, Reading have had their fair share of high-scoring games, as five of their last six games went over 2.5. Also, encounters between these sides tend to be on the high-scoring side; both teams scored in all of their last five meetings, with all of those five clashes going over 2.5. With this in mind, we should expect some goals in this game.

Here are the key stats & form guide for Reading vs Birmingham

Birmingham might be heading for a dull end to the season but at least they're not Reading. The Royals run in is going to be be far too exciting with the risk of relegation looking likely to loom large for a long time yet – even if they did win at the weekend.

Birmingham have not exactly enjoyed a good run of form recently; they've won just one of their last six games. Conversely, Lee Bowyer's men have no losses in their last two games; they'll look to extend that unbeaten run to three games as they take on a struggling Reading side. 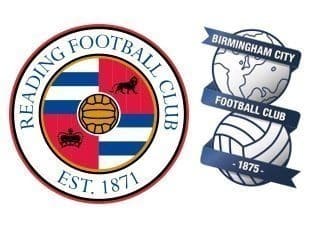