Queens Park Rangers welcome Middlesbrough to Loftus Road in the Championship on Saturday, August 6th. QPR are searching for their first points of the new campaign. Read our free predictions and find the latest odds for the fixture below in our detailed match preview.

Queens Park Rangers are unbeaten in six previous meetings with Middlesbrough ahead of the teams’ tussle on Saturday. Read our top predictions for this weekend’s fixture below.

QPR were turned over on the opening weekend of the new Championship campaign by Blackburn, though their excellent recent record against Middlesbrough hints at some bouncebackability this week. Rangers managed to avoid defeat in each of their last six meetings with Boro, though the bookmakers have still priced Rangers as underdogs on Saturday. There is a price to exploit here and QPR look the value bet in the double chance market.

Last season’s tussles between Queens Park Rangers and Middlesbrough were thrill-a-minute games, packed to the hilt with action and incident. Their pair of Championship clashes featured four and five goals per tie and with largely the same players involved on Saturday, another high-octane duel could be on the cards. With drama likely, we recommend backing over 2.5 goals to be notched for the fourth straight meeting between the sides.

View our collection of the top stats for Saturday’s fixture below alongside a tool to help you choose the best odds.

Read all of the latest injury updates and team news Saturday’s Championship meeting between Queens Park Rangers and Middlesbrough below.

QPR have no injury issues to report this week, though manager Michael Beale might be tempted to make a couple of changes to his team following Rangers' 1-0 loss to Blackburn last week. George Thomas, Albert Adomah, Taylor Richards and Sinclair Armstrong will all hope to play.

Middlesbrough have a full squad to choose from ahead of the weekend and manager Chris Wilder has options all over the pitch to consider. Wilder only made two subs in Boro's 1-1 draw with WBA a week ago, which suggests he is largely happy with his XI for now. 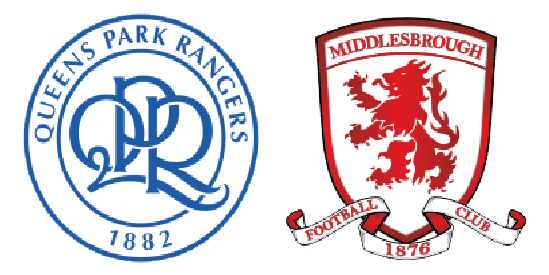 The bookies have priced Middlesbrough as slight favourites to win on Saturday.

QPR vs Middlesbrough will be contested at Loftus Road this weekend.