Huddersfield are in the thick of a playoff battle right now and can't afford to give up too many points having played more games. A visit to an in form Preston is far from a banker for three points. Will the Terriers find a way to win? Find out with our Preston vs Huddersfield match preview with free tips, predictions and odds mentioned along the way.

Check out the key stats & form for Preston vs Huddersfield

Preston and Huddersfield both arrive in this match on a decent run of form but it's the away side that really need to keep that momentum going with their sights firmly on a playoff spot. Preston, of course, won't give the points up easily but midtable almost definitely awaits.

Preston North End have been slowly climbing up the Championship table; they are 11th on the table, just four points below one of the promotion playoff spots. Ryan Lowe's men are unbeaten in their last four games; they'll hope to extend that run as they host Huddersfield.

Huddersfield knocked out Barnsley last weekend, in order to advance to the fifth round of the FA Cup. They've enjoyed a good run of form over the past couple of months; as Huddersfield have no losses in their last 12 games in all competitions. Carlos Corberan's men will be eyeing their third consecutive win as they take on Preston.

A brief FAQ ahead of Preston vs Huddersfield 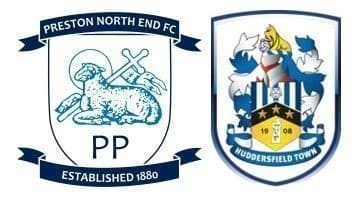