Norwich have put their slow start behind them in recent games. Will this be another win for the visitors? Find out with our Birmingham vs Norwich match preview with free tips, predictions and odds mentioned along the way.

Things have not gone too well for Birmingham City in recent weeks; they've suffered four losses in their last five matches, with no wins in that five-game stretch. Norwich, on the other hand, have enjoyed some fine form lately, especially in the Championship; they've won their last three league games, scoring five times and conceding just once. Also, we would like to point out that Norwich have had Birmingham's number in recent years; the Canaries won all of the last four clashes between these two, with no losses in their last eight encounters. Taking all things into account, we are making the prediction that Norwich will take all the points from this trip.

Here are the key stats & form guide for Birmingham vs Norwich

Contrasting form would be an understatement

Birmingham received a major boost as Marc Roberts returned from a leg injury ahead of their clash with Rotherham; however, the Blues still have a long list of absentees heading into this match. This list includes Nico Gordon, Adan George, Harlee Dean and Jordan Graham, amongst others.

Dean Smith will have to do without Liam Gibbs, who injured his ankle in last weekend's trip to Sunderland; Sam McCallum, Isaac Hayden, Dimitris Giannoulis and Jakob Sørensen will also be unavailable for selection for the Canaries. Norwich will have to rely on Josh Sargent, who has scored four goals in six games so far.

A quickfire FAQ on Birmingham vs Norwich 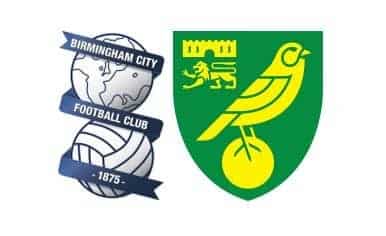