With very little riding on this Group C clash, we're expecting a party-like atmosphere at the Johan Cruijff Arena as the Dutch fans celebrate their side's progression into the knockout stage. North Macedonia had little expectation upon them at the start of the tournament but they have delivered some entertaining performances and proved they weren't here just to make up the numbers.

Read on for our full match preview and prediction for North Macedonia vs Netherlands in the European Championship.

We're predicting goals in this game even if the Netherlands do decide to make a number of changes to their starting eleven. Two of the four previous encounters between these two nations have produced over 3.5 goals, including their last head-to-head in 2009 which ended in a 4-0 win for the Dutch. Three of the Netherlands' and three of North Macedonia's last six fixtures have also seen at least four goals scored, so you can see why we're expecting goals from this game.

Even with a number of changes to their starting eleven, we're backing the Netherlands to run out comfortable 4-2 winners against North Macedonia. The visitors are an attacking side and should cause a new look Netherlands defence problems, but going forward the Dutch are at their very best, scoring three or more goals in three of their last five matches.

All you need to know for North Macedonia vs Netherlands

Markets and Odds for the Underdogs

Surely, nobody expects North Macedonia to beat the Netherlands, right? But if you are inclined to bet on the underdogs, here are some of the markets and odds that will interest you.

As you can see, there are some great odds here but please remember that they are all subject to change and you should check with your selected bookmaker before placing any bets.

The Netherlands are through and might make wholesale changes

North Macedonia suffered their second defeat of Euro 2020, going down 2-1 against Ukraine last time out and now they have no chance of qualifying for the knockout stage. However, the performance of North Macedonia has been something to praise in this tournament as they have always looked dangerous on the attack, which has been entertaining to their own fans as well as all of us watching from home. Expect the visitors to go for it on Monday, they will want to end their Euro 2020 campaign on a high.

The Netherlands have progressed through to the knockout stage without looking like one of the best teams in the tournament and still with some issues in defence. However, nobody was talking up their chances before Euro 2020 kicked off so this has been a successful tournament for the Dutch so far. We expect De Boer to make a number of changes to his starting eleven, allowing for the likes of Stekelenburg, Blind, de Vrij, Dumfries, Wijnaldum and Depay to get a deserved rest. 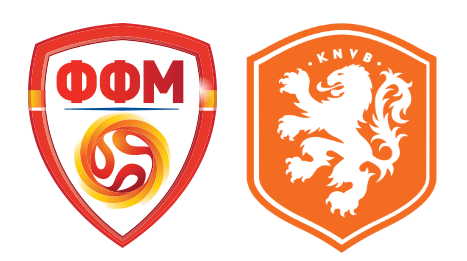