The Netherlands cruised for the group stage and the pressure will be on De Boer's men as they face Group D's third-placed side, the Czech Republic. The Czech's possess a striker in-form and have the players to cause the Netherlands plenty of issues in this last 16 clash.

Read on for our full match preview and prediction for Netherlands vs Czech Republic in the European Championship.

The Netherlands don't have the best of records against the Czech Republic but at Euro 2020, they have shown themselves to be genuine contenders to win the competition. De Boer's side had a 100% record in the group stage and always played on the front foot, scoring 8-goals and conceding two. The Czech Republic lost their last game against England and have now lost three of their last six international matches, including a 4-0 defeat against Italy.

Games between these two nations tend to produce plenty of goals and we're expecting more of the same on Sunday. Over 2.5 goals have been scored in four of the last six encounters between the Netherlands and the Czech Republic, with their last head-to-head witnessing a total of 5-goals. Five of the Netherlands ‘ last six outings have produced at least three goals, while two of the Czech Republic's last five fixtures have seen 4-goals scored.

Five of the last seven meetings between these two countries have ended with both teams getting on the scoreboard, and that is just what we are predicting will happen this weekend as well. The Netherlands are in great goalscoring form, scoring eight times in the group stage, while Schick has netted 3-goals in this tournament for the Czech Republic and will be looking to capitalise on any mistakes the Dutch defence offer up.

Goals and entertainment expected in this last 16 clash

The pressure is all on the Netherlands in this last 16 tie, following a very good performance from De Boer's men during the group stage. Wins against Ukraine, Austria and North Macedonia have raised confidence levels within the Dutch camp, as well as expectations from pundits, the media and the fans. Wijnaldum has lead by example from the heart of the Netherlands' midfield, while Depay is living up to expectations in the final third, and Dumfries has materialised as one of the surprise stars of the tournament.

Schick has really carried this Czech Republic team into the knockout stage and his teammates will have to offer more in the final third if the underdogs are to extend their stay at Euro 2020. After beating Scotland, the Czechs secured a decent point against Croatia and narrowly lost out to England but just because they finished third, doesn't mean they don't have a chance in this game. It's going to be hard for Schick and co but there are goals in their side and this promises to be an entertaining 90-minutes.

Attacking gameplan expected from the Netherlands

The Netherlands' plan is likely to be a simple one, outscore Czech Republic and we will progress into the quarter-finals. So far at Euro 2020, the Dutch have impressed with their attacking style and appear to have adopted a very Brazilian attitude to football, ‘We don't care how many goals you score because we're going to score even more'.

De Boer's side are scoring goals from various positions in the squad. The chief strikers Depay and Weghorst have chipped in with 3-goals between them, while Wijnaldum has scored 3-goals of his own from midfield, and even right wing-back Dumfries has scored twice when making bursting runs into the box. This all-out attacking style could see the Netherlands go all the way and claim another European Championship. 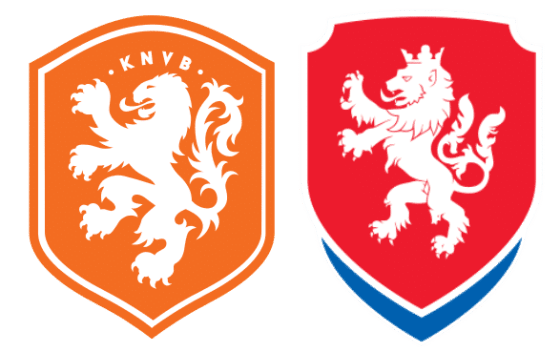