Monaco will host Lorient in the Round 24 of French Ligue 1 2021/22 season. With Lorient struggling to break away from the edge of relegation zone, this fixture will be a tough one. Most importantly, Lorient won the reverse encounter and will look to get some points away from home for the first time this season. Read our game preview for the best Ligue 1 predictions by Football Whispers.

A 1-0 victory in the reverse game should hand Lorient a big advantage in this age but the bookies doesn’t seem to buy that idea. The visitors have all but struggled away from home and beating a resurgent Monaco could be a tall order in this game. Here are the best two Monaco vs Lorient predictions by Football Whispers.

Serious defensive challenges have seen Lorient struggle away from the home. The visitors may have defated Monaco 1-0 in the reverse match but could have a bad day on Sunday. The 1-0 victory in the reverse fixture came from a spot kick. However, lack of victory on the road, 8 losses and only four draws in 12 trips is why we think Lorient face a possible annihilation in this second Ligue 1 encounter with Monaco this season. We are tipping Monaco to get their revenge.

Our second Monaco vs Lorient prediction comes with even greater odds. For a price of 4/5 with our selected booking, betting over 2.5 goals in this game is good enough. Defensive challenges for Lorient and a good home run for Monaco is why we expect lots of goals in this game.  While Monaco has scored an average of 2.08 goals at home this season, Lorient has leaked 2.4 goals 12 trips.

Monaco vs Lorient: the Best odd and Current Stats

We have the best odds for Monaco vs Lorient in the table below. Also, see the latest stats and H2H stats for these teams before the big match.

Monaco hopes to get a deserved revenge against Lorient in this second Ligue 1 encounter of 2021/22 season. The hosts lost through a penalty in the reverse match but after some impressive results in recent games, it is hard to rule out Monaco from bagging all points in this fixture.

With the third-best home record of 7W, 3D and only 2L, Monaco will be hard to beat. You could say Lorient have a difficult task ahead in their survival quest. The visitors are ranked the worst on home record in Ligue 1 so far. Lorient is yet to win away from home after bagging 4W and 8L in 12 trips. Defensive challenges have rendered the visitors unreliable, especially away from home.

The hosts have four wins out of the last five outings, three of which were clean sheet victories. With such an impressive defensive, Lorient will have to do more work to break down Monaco in this game.

Moreover, with only one clean sheet (barren draw) from the last five matches, Lorient will rather focus on shoring their defence in this fixture to avoid leaking goals. After all, getting all points from Monaco in the reverse fixture was good enough and the main mission in this game is to get a point or focus on avoiding relegation by defeating weaker opponents. 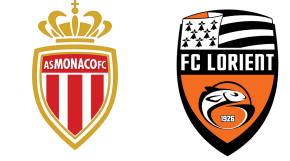 Which side was the most dominant in the last five meetings?

Monaco won three of the last four meetings with Lorient, lost once and bagged a draw.