Millwall vs Huddersfield: Check out our betting tips

Millwall are chasing down the top six whilst Huddersfield are doing their best to ensure they keep hold of their playoff place. Will either find a way to take maximum points? Find out with our Nottingham Forest vs QPR match preview with free tips, predictions and odds mentioned along the way.

These two sides have been extremely good of late and whilst we lean towards a Millwall win doing so with a ‘draw no bet' wager is something we believe makes a lot of sense. Millwall have gone unbeaten in their last seven winning five and drawing two. Huddersfield meanwhile have lost just once in their last 20 albeit with a fair few draws in there. The head to head record is broadly even too across the last five meetings; Huddersfield  have won two, Millwall have won two and one had ended level. The key reason why we lean towards the Lions as opposed to the draw is because of the home advantage. Millwall have won three of their last four at home and Huddersfield's solitary loss we mentioned a moment ago came away from home just last week.

No way both sides bag

Our next tip for this match is that at least one team will fail to score. Huddersfield bring the biggest doubt to this bet with three of their last five seeing both sides met but they have kept two clean sheets in that period. Millwall, however, are defensively resolute. They've kept a clean sheet in each of their last four games. Notably though, they've also only  scored two goals in that time; they're very much a team where one goal is enough to win a game. That approach could be critical to this game seeing a ‘nil' in it.

Here are the key stats & form guide for Millwall vs Huddersfield

Both of these teams have playoff aspirations but whilst Huddersfield look set for a top six finish, a defeat here could end the hopes of Millwall fans – at least any realistic ones.

If you're a Millwall fan you are probably loving the form the team are showing. You're also probably ruing missed opportunities earlier in the season with games like this becoming very much “must win” rather than “do not lose”.

Huddersfield have been in rather spectacular form with just one defeat in 20. Even that defeat came in a cup match. Their playoff position should be safe now but could they turn a few draws into wins and put pressure on Bournemouth in second? 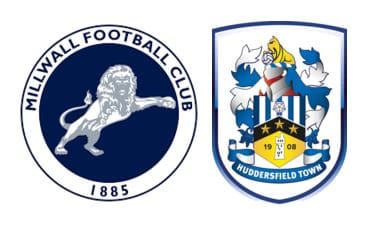