This is Fulham's last home game of the season and it's party time for the Cottagers. Can they sign off at Craven Cottage with another win? Find out with our Fulham vs Luton match preview with free tips, predictions and odds mentioned along the way.

This is quite a bold call but we think there is a real chance it comes in and, at the very least, the odds represent some serious betting value. So, why are we backing Luton to win? Well, Luton have only lost three of their last 10 away games with six wins and a draw completing that run of away form. Fulham meanwhile have shown some vulnerability on their own patch of late with three defeats in their last six at Craven Cottage. If the party atmosphere causes Fulham to drop a percent or two then this Luton side are good enough to capitalise.

Both sides to hit the net

Next up we're backing this game between Fulham and Cardiff to end with both teams on the scoresheet. Fulham and Luton have both scored in four of their last five matches. On top of that, the last five head to head meetings have seen both teams register goals on four occasions including in each of the last three clashes.

Here are the key stats & form guide for Fulham vs Luton

Fulham vs Luton: Let's look at the predicted lineups

Both of these teams have enjoyed phenomenal seasons. Fulham are already up and Luton look absolute bankers to secure a playoff berth. With that considered, it's not impossible this is a Premier League fixture next year.

Fulham have cruised the Championship this year and fully deserve to go back to the top flight. The big question marks will come through the summer as they shape their squad but, for now, they'll just hope to sign off their home campaign with three points.

Luton, bravo. Few people would have had them down as a promotion contender back in August but here we are with two games left and they look good for a top six finish. They know a win here would secure that and, also, keep momentum going.

A quickfire FAQ on Fulham vs Luton 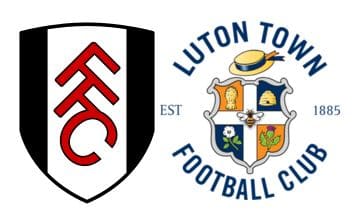