Luton vs Bournemouth: Our betting tips

Luton held Fulham in their last league game but will need to dig deep again here. Can they take more points off a title challenger? Find out with our Luton vs Bournemouth match preview with free tips, predictions and odds mentioned along the way.

Cherries to win it

Luton might have taken a point off Fulham last time out but their home form recently hasn't been great; that Fulham draw made it just one point from the last nine available on home soil. Bournemouth meanwhile seem to be over their recent wobble after collecting three wins on the spin. The Cherries have also won their last two away games. Furthermore, the head to head record is reasonable too for Bournemouth; Luton have beaten them just once in the last eight meetings between the sides.

With our next prediction we are backing Dominic Solanke to score at some point in the match. Solanke has been on fire this season netting 19 goals across all competitions and it's little surprise that the former Liverpool man is attracting attention from the top flight. It's not bothering him though; Solanke has scored in his last two games and given he was rested during Bournemouth's FA cup win at the weekend, he should be fresh to run Luton ragged here.

Check out the key stats & form for Luton vs Bournemouth

Historically, there are not many people who would categorise Luton and Bournemouth as big clubs. That's hard to argue with as well but what we should get when they meet is a cracking game of football from two sides who like to play.

Luton have been having a really mixed time of late and four wins, four losses and two draws in their last 10 highlight their inconsistency. They'll need to bring their best here to see off Bournemouth.

Bournemouth have experienced a dip in form but they look back on track now. They've won three on the spin (two league) and find themselves back on top of the Championship. A win here would further cement their ambitions of promotion.

A brief FAQ ahead of Luton vs Bournemouth 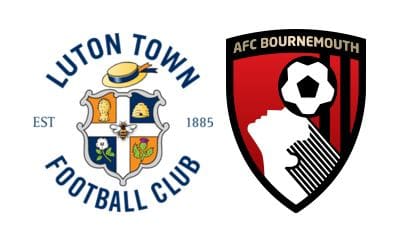