Free Predictions and Odds for Leicester vs Leeds

Brendan Rodgers got the Foxes back to winning ways in the Premier League on Tuesday night and will be hoping to see his side go on a good run of form to take some of the pressure off his shoulders that had been growing over the last few weeks. New Leeds manager, Jesse Marsch, has a tough task on his hands turning his teams' fortunes around but a fresh approach could be just what the players need following Bielsa's sacking.

Leicester have won three of their last five encounters with Leeds and returned to winning ways in midweek away at Burnley. Leeds have lost five of their last six matches in the Premier League and while they have a new manager in charge this weekend, we're still backing the visitors to lose this game. Vardy and Maddison both came off the bench to score for Leicester against Burnley and Rodgers is likely to put both players in the starting lineup on Saturday.

Jesse Marsch will be looking for a response from his players both defensively and going forward, so we expect Leeds to give Leicester a good game. Both teams have scored in each of the last four meetings between these two clubs in league and cup, while four of the Foxes' last five matches have also ended with both teams getting on the scoreboard. Leeds haven't kept a clean sheet in any of their last six outings and we don't expect that poor defensive run to end this weekend.

Brendan Rodgers was starting to feel the heat after Leicester's poor run of results left them sitting in the bottom half of the table ahead of a trip to Turf Moor. Burnley have started to get some decent results and would have been confident that they could beat Leicester in this game.

However, after a goalless first half and a tight start to the second, Leicester brought on Maddison and Vardy and both players found the back of the net inside the last 8-minutes of the game to secure a much-needed win for the Foxes.

Leeds played host to Tottenham last time out in what would end up being Bielsa's last game in charge. Tottenham dominated a lackluster Leeds, scoring three goals in the first half without reply and went on to add a fourth with 5-minutes of the 90 remaining. Bielsa will be remembered fondly for taking Leeds back into the top flight but his result in the club's second season back in the Premier League were poor and his sacking was inevitable.

It will be interesting to see how Jesse Marsch lines up this weekend. The American manager has a few key players out injured but will be hoping to see that response so many clubs enjoy when a new manager takes over.

Leicester: Castagne, Evans, Justin, Fofana and Bertrand have been ruled out through injury, while Pereira is also doubtful with a thigh strain. 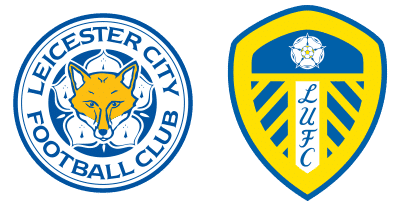