Predictions and Betting Tips for Leeds vs Newcastle

Leeds are bound to be buoyed by their win at West Ham last time out but can Bielsa's men make it back-to-back victories in Premier League this weekend when they play host to struggling Newcastle?

Leeds are unbeaten in their last four meetings with Newcastle, getting the domestic double over the Magpies last season and securing a 1-1 draw at St James's Park back in September. Leeds now sit 10pts clear of their guests in the Premier League table following a win at West Ham last time out, while Newcastle have lost four of their last six matches in all competitions.

We're backing Leeds' top goalscorer, Raphinha, to find the back of the net against Newcastle on Saturday. The Brazilian has scored 8-goals in the league so far, twice as many as his nearest teammate Harrison on 4-goals. Raphinha is due a goal having failed to net in his last three appearances for Leeds and is bound to get chances against a leaky Newcastle defence.

All you need to know about Leeds vs Newcastle

Newcastle could move out of the relegation zone with a win

After getting knocked out of the FA Cup by West Ham at the London Stadium, the last thing Leeds needed was another trip to the capital to face the Hammers. However, Harrison opened the scoring for the visitors in the 10th-minute after good work from Forshaw and although West Ham equalised through Bowen, Leeds went in at the break a goal up thanks to another strike from Harrison in the 37th-minute. West Ham got back onto level terms for the second time in the match just 7-minutes after the restart but Leeds and Harrison managed to carve out another goal and this time it proved to be enough to win the game.

Newcastle came so close to victory only to have in snatched away from them in the final few minutes. After a goalless first-half, Newcastle needed a reaction from their players and Saint-Maximin provided it with a 49th-minute opener. Newcastle had chances to seal the victory but failed to take them and were punished 3-minutes from time when Pedro headed home an equaliser for the Hornets.

Leeds: Cooper, Phillips, Roberts, Gelhardt, Shackleton, Cresswell, Bamford, Forshaw and Firpo are all injury concerns for the hosts this weekend.

Newcastle: Hayden, Wilson, Fernandez, Lewis and Clark look set to miss the trip to Leeds due to injury. 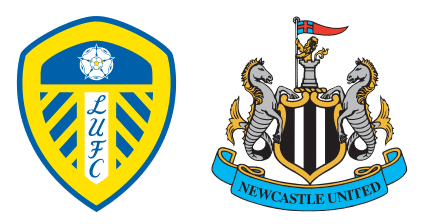