No matter what happens in midweek, Leeds will still have a chance of avoiding relegation on the final day of the Premier League season. Brentford have really impressed this season, ending the season strongly and the hosts will want to go out in style in front of their own fans on Sunday 22nd May.

Brentford's top goalscorer has 12-goals in the Premier League alone this season and will be looking to end the campaign with at least another goal on Sunday. Toney is due a goal having failed to score in each of his last five outings in the Premier League but has performed much better at home than he has on the road and we fully expect him to score against a leaky Leeds defence this weekend.

All you need to know ahead of Brentford vs Leeds

Brentford claimed a 3-2 win at Goodison Park last weekend but they certainly had lady luck on their side throughout the 90-minutes. Everton dominated the opening stages of the match and took the lead in the 10th-minute. The Toffees should have had a penalty in the 18th-minute but the ref and VAR both chose to ignore the issue and a long ball over the Everton defence led to a tangle of legs between Branthwaite and Toney for which the Everton teenager was sent-off.

The visitors equalised when Wissa crossed the ball only for Coleman to head it passed his own goalkeeper but the Toffees got back in front when Richarlison was pulled down in the box but Sorensen, already on a yellow, somehow escaped any further punishment. The Brazilian converted the spot-kick and Everton led 2-1 at the interval. Eriksen controlled the second half and Wissa equalised via a flick header from a corner just after the hour mark and moments later, Henry was afforded too much time and space in the Everton penalty area and headed home to hand Brentford a 3-2 victory. Everton had another player sent-off late on, Rondon leaping into a two-footed tackle.

Leeds really needed to win at home to Brighton last time out but ended up falling behind in the 21st-minute to a goal from Danny Welbeck. The hosts kept plugging away but it looked like the day just wasn't going to be theirs. In stoppage-time, substitute Struijk scored an equaliser to give the home fans some hope but with Burnley and Everton playing in midweek, the Yorkshire club could be in a much-worse off position come the weekend.

Brentford: Pinnock, Jorgensen, Ghoddos and Onyeka could miss the final game of the season through injury.

Leeds: Roberts, Bamford, Forshaw, Summerville and Dallas are all injured, while Ayling and James miss out through suspension.

Brentford vs Leeds – Your Questions 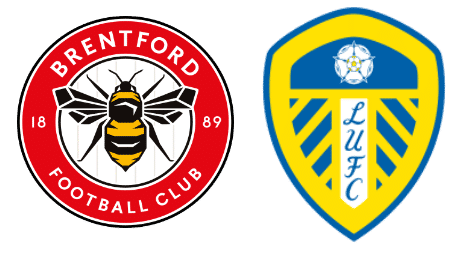