Huddersfield are showing great form at the moment and deservedly find themselves sat sixth in the table. Will the good times keep rolling as Swansea visit? Find out with our Huddersfield vs Swansea match preview with free tips, predictions and odds mentioned along the way.

Our first prediction for this game is for Huddersfield to win. The Terriers have shown really good form of late having won four of their last five games and having not tasted defeat in their last seven. Swansea meanwhile are on a four game winless run and have mustered up just three wins from their last 10 games. To further cement out thinking that this game is Huddersfield's to lose, they've also won two of the last three head to head meetings. Given the betting odds, there is massive value to be had here.

We might have made the prediction that Huddersfield win this game but that doesn't mean Swansea will purely be making up the numbers. We fancy them to get involved in the goal scoring. Huddersfield have seen both sides score in three of their last five goals with Swansea seeing a similar pattern albeit they've seen three of their last four matches end with goals for both teams. Four of the last five head to head meetings have seen both teams on the scoresheet too.

Check out the key stats & form for Huddersfield vs Swansea

Huddersfield and Swansea have both been Premier League teams in fairly recent years but only one of them looks like heading back there anytime soon. Will this game play out in a fashion like that?

Huddersfield have really hit form right now and, given they're in a playoff chase, their win over Burnley in the FA Cup will give them great confidence that they can compete in the league above.

Swansea's season has been somewhat underwhelming. It was supposed to be the year where style and results clicked into place for them but it just hasn't happened despite a few false dawns. Can they start to find form to take into next season?

A brief FAQ ahead of Huddersfield vs Swansea 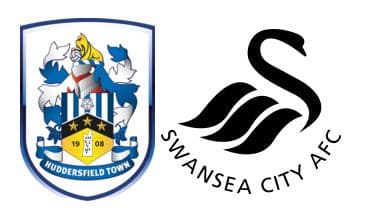