This is a match between two teams that harbour playoff ambitions and both are in good runs of form. Who will win? Find out with our Huddersfield vs Sheffield United match preview with free tips, predictions and odds mentioned along the way.

Sitting on the fence

We start our predictions by sitting firmly on the fence. Huddersfield are in a terrific run of form having not lost in 13 matches; that takes their unbeaten run back to November. Sheffield United are no fools though; they've not lost in five and have won four on the spin heading into this match. The last four head to head matches have been tight affairs too with just no more than one goal between them in any of those matches. With all that considered, we can't separate the two.

Next up we're going for an under 2.5 goals bet. Huddersfield have gone under 2.5 goals in each of their last four matches with just five goals seen in that time. Sheffield United meanwhile have seen three of their last four go under the 2.5 threshold; they've seen a total of nine goals across those four games. In a similar vain, three of the last four head to head matches have also gone south of the 2.5 cut off as have the last four meetings where Huddersfield have been the home side.

Check out the key stats & form for Huddersfield vs Sheffield United

Huddersfield might be on a 13 game unbeaten streak but Sheffield United are only four points behind them whilst having three games in hand. With that in mind, this is arguably a bigger game for Huddersfield than for the Blades.

Huddersfield have been on a sublime run of form having not lost since a 2-1 reverse against Middlesbrough back in November. Despite that they still have serious work to do to lock down a playoff spot. A win here would be a serious help on that front.

Sheffield United might be sat in mid table right now but their form and the fact they've played fewer games means they've got a real good chance of moving into the top six. If they grab points against a promotion rival too it would be doubly welcome.

A brief FAQ ahead of Huddersfield vs Sheffield United 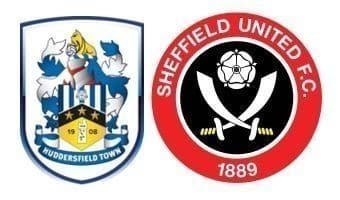