If the season started 10 games ago then Huddersfield would be second with QPR second from bottom. Will this match play out to form? Find out with our Huddersfield vs QPR match preview with free tips, predictions and odds mentioned along the way.

QPR to lose once again

Huddersfield might have been in a good run of form of late with their most recent result an eye catching 2-0 win over fellow promotion hopefuls Luton but it's actually QPR's form that make this a standout Huddersfield win. QPR have been good for so much of this season but the wheels are well and truly off now with five straight defeats. Not only are they now away at a team in good shape in Huddersfield but they've got the pressure of knowing they basically need a perfect run until game 46 to rescue their playoff hopes. It will all be too much for them.

Someone will keep a clean sheet

Here are the key stats & form guide for Huddersfield vs QPR

Huddersfield vs QPR: Let's look at the predicted lineups

QPR must be looking at Huddersfield enviously right now. The Terriers have rocked up to the promotion party and look nailed on to lock down a top six spot. For QPR, a season that promised masses looks like ending in a mid table finish.

Huddersfield have taken 20 points from their last 10 games and find themselves third in the league as a result with a fair bit of breathing space from seventh place. With a playoff spot almost sorted, it's key the keep momentum before the big event arrives.

QPR were once spoken about as potential top two challengers. Now, if they don't turn their form around soon, a bottom half of the table finish is completely plausible. The games don't get much easier either because this trip is as tough as they come right now. Can they end the season in a positive way?

A quickfire FAQ on Huddersfield vs QPR 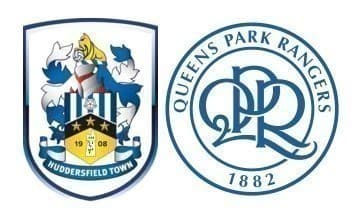