Only three points separate these teams in the middle of the Championship table and both are probably sitting above where their pre-season expectations would have put them. What will the gap be between the sides come 5pm on Boxing Day? Find out with our Huddersfield vs Blackpool match preview with free tips, predictions and odds mentioned along the way.

Both Huddersfield and Blackpool had been on winless runs before their last outings and now the pair both arrive to face each other off the back of confidence boosting wins. We think Huddersfield will edge this match though. For one thing, their winless run heading into their previous game was slightly easier to swallow with two draws meaning they've immediately switched to a three game unbeaten run when you account for their 3-2 win at Bristol City. Blackpool meanwhile have taken three points from their last 12. To further lean towards Huddersfield, they've lost just one of their past five home games. Blackpool have won just one of their last five on the road. On top of that, Blackpool haven't won at Huddersfield since 2007.

Both teams to score? Don't count on it

All the stats & odds for Huddersfield vs Blackpool

Huddersfield vs Blackpool: Check out the team lineups

Huddersfield vs Blackpool is a meeting of two sides performing beyond where a lot of fans would have pitched them prior to the season kicking off. We're not suggesting it's a likely scenario, but if either put together a run of wins a playoff battle isn't out of the question.

Huddersfield recorded their first win in weeks last time out with a 3-2 victory over Bristol City likely to have delighted and frustrated the Terriers staff in near equal measure. In an attacking sense, the lineup is unlikely to change too much but defensively a couple of tweaks could happen.

Blackpool were tipped for the drop at the start of the season but their momentum from the back end of last season has continued in the second tier to give their fans a rather fantastic 12 months. One of the key men in that time has been Jerry Yates and we expect him to play here after he netted off the bench last time out.

The final word on Huddersfield vs Blackpool 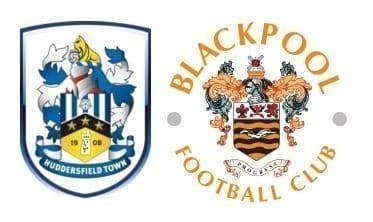