After gaining promotion back to the Championship, Sunderland are hoping to sustain their position in the second tier. They go up against Hartlepool at the Suit Direct Stadium on July 25, 2022. This will be a closer look at the game with all the best possible predicted lineups and more.

Hartlepool United are without a win in the last two pre-season games with the team suffering a 1-0 loss to Blackburn in the recent game. Sunderland have had a very difficult pre-season with a string of defeats for the team including the latest 2-1 away loss to Accrington.

Sunderland are in a difficult spot with a string of disappointing results in the pre-season games. However, the game against minnows Hartlepool will be one of the final opportunities for the team to get something out of this summer before they head into the competitive games from the weekend.

The prospect of scoring goals has been difficult for Sunderland, who have registered only one goal in the last two games. Hartlepool have also not been setting the charts on fire in recent games with the team registering the same number of goals as the Black Cats.

Top Stats and Recent Form ahead of Hartlepool vs Sunderland

Hartlepool vs Sunderland: Final Preparation for the League Games

Hartlepool have had a difficult summer in which the club has had to find a replacement for several offensive players. The departure of players like Omar Bogle and Olomola does leave a significant gap to fill. So far, Hartlepool have been successful in bringing the likes of Euan Murray, Jake Hastie, and more in the window.

Sunderland manager Alex Neil has not been able to make sizable changes to the squad. The team has brought in Leon Dajaku as the major offensive purchase of the summer from Union Berlin. Daniel Ballard has also been signed up from the Arsenal reserve setup for around £2 million.

Hartlepool: There are no injury worries for Hartlepool manager Paul Hartley coming into the fixture.

Sunderland: Sunderland boss Alex Neil does not have any injury problems in the squad.

Questions about Hartlepool vs Sunderland 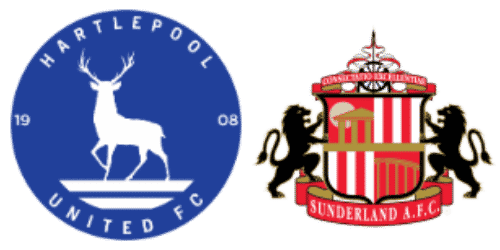 Where is the match scheduled? The Suit Direct Stadium

Which team is the favourite to win? FC Hartlepool