The first match scheduled for Saturday in the upcoming La Liga round is the Granada vs Villarreal duel and we have a detailed preview of this game just for you.

Our free Granada vs Villarreal betting picks and predictions

If you are struggling to find the right bet for Granada vs Villarreal, check our top betting tips for this duel:

While Granada is a solid team, they've been struggling this season and playing in series. Right now they are in a bad run of form with four straight losses.

Meanwhile, Villarreal is in good form and they enter this game after drawing with Real Madrid, the league leaders. So, our prediction is for the Yellow Submarine to win this game.

Both teams have scored in just two of the last five h2h meetings between Granada and Villarreal, so we won't be surprised if at least one team keeps a clean sheet in this game.

We expect that to be Villarreal since they've kept a clean sheet in the three games in the league, while Granada failed to score in their last three matches in La Liga.

The latest odds and useful stats for Granada vs Villarreal

If you wish to bet on the best Granada vs Villarreal odds, take a look at our selection of odds from the main UK bookmakers:

While the guests are in better form right now, we could still see an exciting game. So, let's check both teams out in more detail:

After a short period of good play and form, Granada is now again on a poor run since they have lost four in a row and they are without a win in their last six games. That poor run made them drop down the standings to the 17th spot, one place above the relegation zone. However, they are still four points ahead of Alaves, the first team in the zone.

Granada will once again be without Santiago Arias and Neyder Lozano, who have been injured for a while now. In addition to this, Isma Ruiz missed the last game with coronavirus and he is questionable for this one as well.

With three wins, two draws, and one loss in the last six games in La Liga, Villarreal is clearly in good form at the moment. The team also managed to get a draw in their last game against Real in Madrid, so things are looking good for Villarreal right now. The Yellow Submarine is currently 7th in La Liga standings, but they are just three points behind Barcelona in fourth place.

Ruben Pena and Francis Coquelin are out of this game with injuries, while Gerard Moreno could also miss this game after getting injured in the last game, especially with Villarreal having their Champions League duel with Juventus on Tuesday.

The most frequent questions for Granada vs Villarreal 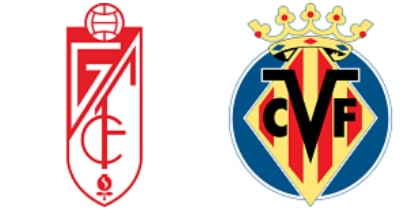