Genoa really need a win in Serie A this weekend to give themselves a chance of escaping the relegation zone in the next few weeks and they have the home advantage against mid-table Udinese. The visitors have a good recent record against Genoa and will be looking to exploit that on Saturday.

There is a good chance that we will see both teams find the back of the net in this weekend's clash between Genoa and Udinese as that has been the case in four of the last seven league meetings between the two clubs. Both teams have also scored in three of Genoa's last six outings and the home side have only kept one clean sheet during that period. Udinese haven't kept a clean sheet in any of their last three fixtures but have managed to score 9-goals in their last five fixtures.

Everything you need to know ahead of Genoa vs Udinese

Udinese looking to extend their good record against Genoa

Genoa made the trip to Fiorentina last time out and probably wish they have faced any other side in the division. Fiorentina were at their very best during the 90-minutes, scoring 6-goals without reply, three in each half. That devastating result needs a response this weekend or Genoa will soon be staring relegation in the face.

Udinese were away at Lazio in the Coppa Italia in midweek and managed to take the game into extra time as the opening 90-minutes ended goalless. Lazio secured passage into the next round thanks to a 106th-minute effort from their topscorer and talisman Immobile. Udinese can no refocus on Serie A now and distancing themselves from the relegation zone starting with a win against Genoa.

Genoa: Johan Vásquez is suspended for the hosts but Genoa have no fresh injury concerns to worry about.

Udinese: Rodrigo Becão is suspended for the visitors and Roberto Pereyra remains sidelined with a shoulder injury.

Genoa vs Udinese: Your Questions 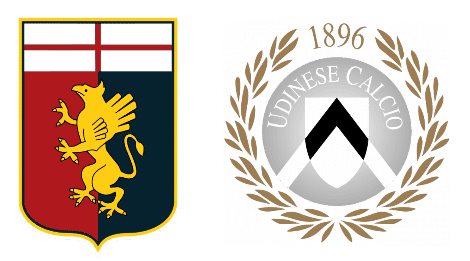