Gambia vs Cameroon is not a game to miss in the ongoing AFCON 2022 tournament. The hosts, Cameroon, will square it out with Gambia in a nail-biting contest that will see either side progress to the semifinals. We have the details of Gambia vs Cameroon AFCON 2022 quarterfinals in this post.

The Best Free Picks for Gambia vs Cameroon AFCON 2022 Match

Despite 150th ranking by FIFA, Gambia has disappointed the bookies in this year’s AFCON tournament. Gambians bagged three clean sheet victories so far and a 1-1 draw in the ongoing AFCON 2022 tournament. But can they keep their hot form going against AFCON hosts, Cameroon?

Here is how we have tipped these teams to perform in this fixture. Also check our daily AFCON 2022 picks and betting tips.

Cameroon is our pick to win the quarterfinals fixture against Gambia. While Gambia’s defence will be a big challenge for the Indomitable Lions in this game, thousands of Cameroonians are expected to grace this occasion. Perhaps this will be the most attended AFCON 2022 match since the tournament started. That should provide the hosts with the much-needed motivation. We don’t expect big victory for Cameroon in this game but they do boast a better scoring form in this matchup.

Gambia’s defence will be a determining factor in this game. The visitors have kept three clean sheets in the tournament so far. On the flip-side, the hosts will be keen not to concede an early goal. Our first prediction for Gambia vs Cameroon is a draw at half-time.

Cameroon heads to the AFCON 2022 quarterfinals with a little concern. The hosts have failed to keep a clean sheet in the AFCON after four games, despite being in hot form. Cameroon kicked off the tournament with a narrow 2-1 victory against Burkina Faso and later a 4-1 victory over Ethiopia. In the last two AFCON games, Cameroon won both halves, which was an improvement over the first two games. In the first two matches at group stages, the Indomitable Lions recovered from losing positions to bag a 2-1 victory in the first game of the tournament  and 4-1 win in the second game. They couldn’t win against Cape Verde in the third game.

On the other hand, Gambia only won the first half in one of their last four games in the ongoing AFCON. The last three games in the tournament ended without a breakthrough in the first-halves, which was indicative of Gambia’s defensive prowess.

Unlike Cameroon that failed to keep a clean sheet in the games played so far, Gambia comes to this match with three clean sheet wins in the ongoing 2022 AFCON. Both teams boast three victories in four games so far. However, Cameroon has a better scoring record of 9 goals in four matches than Gambia’s four goals in as many fixtures.

Here is our predicted lineup for Gambia vs Cameroon AFCON 2022 qaurterfinals: 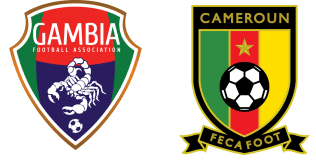 Where is the match venue for Gambia vs Cameroon?

The AFCON 2022 quarterfinals fixture will be played at Olembe Stadium in Yaounde.

How have these teams fared in the AFCON 2022 so far?