Fulham could well get relegated on Monday night but even if that isn't the case, escaping the dreaded drop back down to the Championship looks almost impossible. Burnley have had a mixed run of results of late but everywhere they go the goals seem to follow, so we're expecting an entertaining 90-minutes this Monday.

Read on for our full match preview and prediction for Fulham vs Burnley in the Premier League.

Both teams have scored in five of the last seven meetings between Fulham and Burnley, including February's reverse fixture which ended in a 1-1 draw. Three of Fulham's last five outings and five of Burnley's last six fixtures have also ended with both teams getting on the scoreboard, so you can see exactly why we're predicting BTTS on Monday night.

At least three goals have been scored in five of the last six competitive encounters between these two clubs, with Burnley claiming a 3-0 win on their last trip to Craven Cottage. Three of the host's and each of the visitor's last six league games have produced over 2.5 goals, and we're backing the goals to flow once again on Monday.

Chris Wood is the only player in either squad to have reached double figures in Premier League goals this season. The big New Zeeland striker has scored 11 league goals so far this season and has enjoyed a fantastic second half of the campaign. With 7-goals in his last 7 appearances for Burnley, you can see just why we have predicted Chris Wood to score at anytime in Monday's match.

Key stats and markets for Fulham vs Burnley

Fulham simply have to win to keep their survival hopes alive

Fulham have given their best shot this season and if a few of their more recent results had been more kind to them, then Scot parker's men might well have been in with a genuine shot of avoiding relegation. However, with four games left to play, Fulham find themselves 9pts behind Newcastle and Monday's guests Burnley, so only a win on Monday night will do. If Fulham were to escape the drop from this position it would surely be the greatest relegation escape of all time. However, recent results suggest that Scot Parker's men are highly unlikely to secure the victories they need to remain in the division as goalscoring has been a real issue for the team this season. The hosts will be without Cairney and Kongolo through injury but do welcome on-loan Loftus-Cheek back into the fold.

Burnley will once again be without the injured Long and Brady for the trip to London, but Stephens and Wood look like they will recover from their knocks in plenty of time to play against Fulham. A win on Monday night would all but confirm Burnley's place in the Premier League next season but if the club are lucky enough to keep a hold of manager Sean Dyche then they really need to back him with funds this summer. With the right quality and quantity of players coming through the door in the next transfer window, Burnley could challenge for a top-half finish next season but they have to add more goals as they haven't been able to rely on that strong defensive record they used to be renowned for.

Your Questions – Fulham vs Burnley 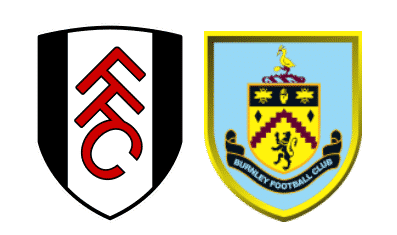