Twenty one years ago Blackburn Rovers were beginning their first ever Champions League campaign having won the Premier League in extraordinary circumstances the previous season. Two decades later and things have taken something of a turn for the worse for the former champions, who now find themselves at the wrong end of English football’s pyramid with little to get excited about other than the memories.

On May 14 1995, Blackburn Rovers shocked football when they pipped Manchester United to the Premier League title on the last day of the season despite being beaten by Liverpool at Anfield. Despite a mantra of “spend, spend, spend,” they were still very much the unfancied and unfashionable outfit compared to the all-conquering side from Old Trafford but this didn’t stop them achieving the unthinkable.

As fans waited for news from Upton Park, where United were laying siege to the West Ham goal, knowing a win would see them crowned champions for the third year in a row, Rovers feared the worst. But word of the final whistle in East London soon filtered through and as Tim Sherwood hoisted the outsized trophy aloft owner Jack Walker realised he had finally achieved his lifelong dream.

Many felt Walker had bought the title that season, and sure, the likes of Alan Shearer and Chris Sutton came at a cost, but to dismiss what that team achieved all those years ago as just being down to the size of their bank balance is disrespectful, not to mention untrue. Blackburn actually spent less than Manchester United while Liverpool splashed-out more on defender Phil Baab than Blackburn’s entire back four cost them.

The truth is Blackburn bought well and rather than adopting a scattergun approach when it came to their transfer targets, plumping for untried and untested names from around Europe with the hope they would gel; they only brought in what they needed at the time. Rover,s instead, signed hard-working, experienced professionals who could do the job.

In fact, Hening Berg was the only “overseas” player in the blue and white of Blackburn on the pitch that day at Anfield, joining the likes of David Batty, Stuart Ripley, Geoff Kenna and tricky winger Jason Wilcox.

That title win had been forged on these shores and in a small northern town in the same way that cotton and paper had been manufactured in England’s industrial North West a century before. The football club and the town had barely dared to dream up until now but boyhood fan Jack Walker and a group of cleverly assembled players had made it okay to do so, and what’s more those dreams became a reality. 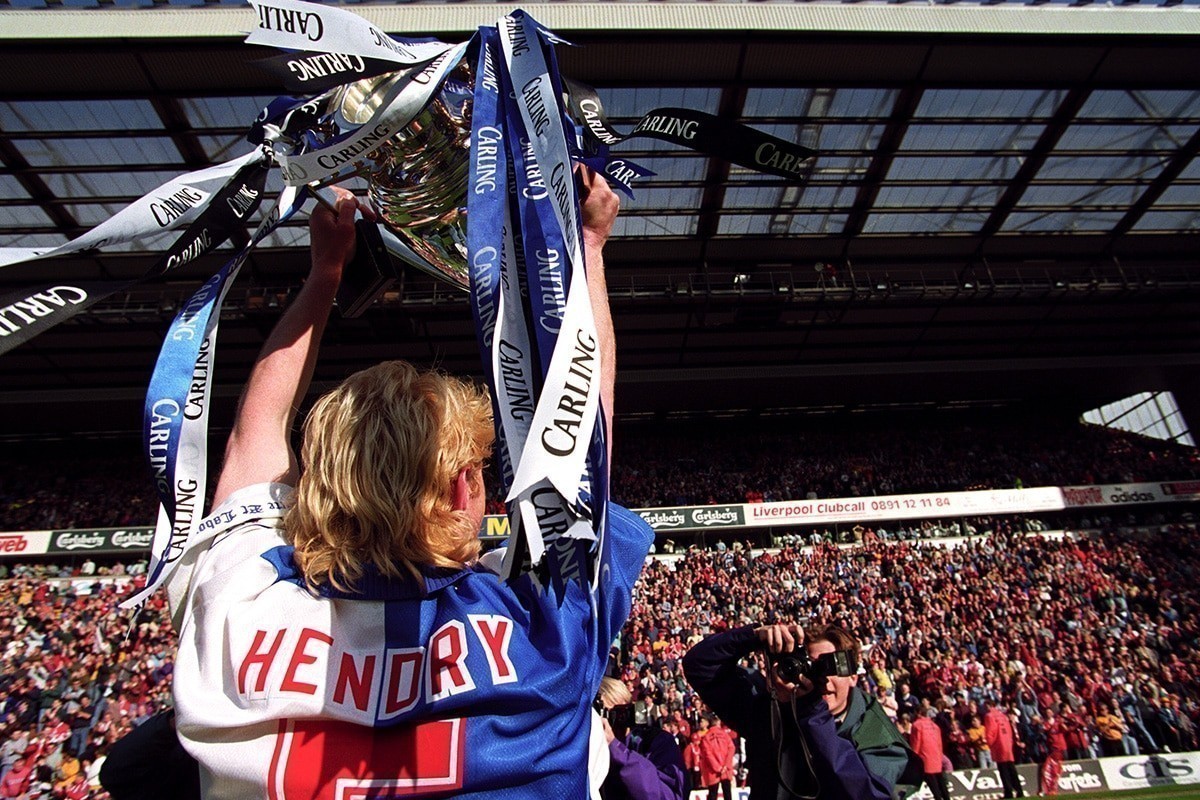 Walker was no Sheik Mansour, looking for a sponsorship vehicle, or a Roman Abramovich who saw Rovers merely as a play-thing. He was the local boy who'd done good, making his money from steel he wanted to give something back to his community while maintaining the vision of seeing his beloved football team get a shot at the big time at least once in his lifetime.

But Blackburn’s title victory wasn’t quite the freak one-off that many like to believe it was. It came about through good planning, smart recruitment and a genuine belief that they could challenge the football hierarchy, as they called upon the industrious work ethic and good old-fashioned pragmatism that were the lifeblood of the club when it was formed back in 1875 as a founder member of the Football League.

Rovers had only just avoided slipping into the Third Division back in 1991, but their turnaround would be of epic proportions as they secured promotion to the newly founded Premier League just 12 months later via the play-offs. Under the guidance of Kenny Dalglish, who had joined the club the previous October, things were starting to slot into place into place and the rest was soon to follow.

Progress was steady but not slow, and in the seasons prior to winning the League title for the first time in 81 years they had finished runners-up to Manchester United having run them close and fourth the season before that. The warning signs were there and only a fool would have discounted the march of Blackburn Rovers which was gathering momentum.

Blackburn amassed a total of 27 wins, eight draws and seven losses while scoring 80 goals on the way to the title, all during a long, and now defunct, 42-game season. They actually lost twice to Sir Alex Ferguson’s men that season, going down 4-2 and then 1-0 in the New Year, but it ultimately counted for nothing.

but their demise would be almost as swift as their rise to the top and if there was a lesson they hadn't learned from their success, it’s the importance of stability for a football club as Blackburn had no answers having reached their promised land. Kenny Dalglish moved “upstairs” and was replaced by Ray Harford and their seventh place finish in 1996, as well as their poor showing in the Champions League, signalled a decline from which they have never really recovered. 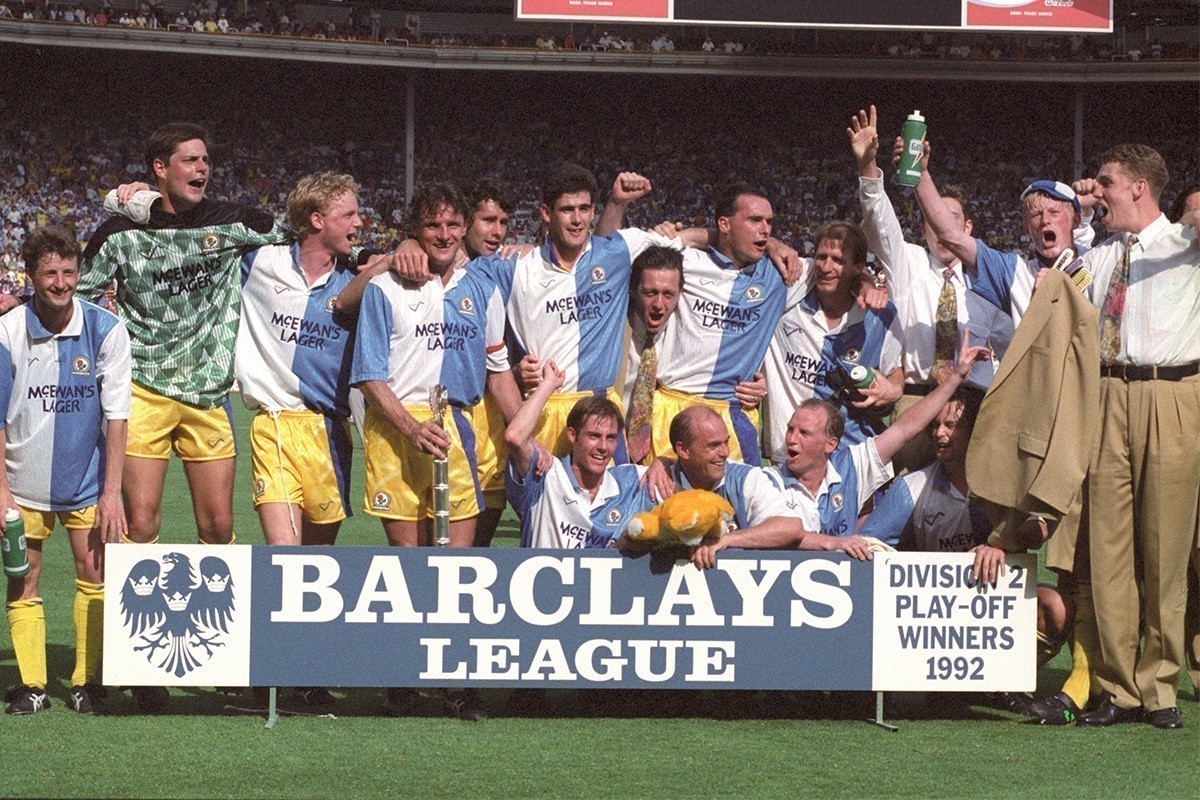 The spending stopped too, and at the time when a club is usually expected to strengthen and build on their success for the future, Rovers felt they could continue with the squad which had got them to the pinnacle of English football, but they were quickly found out.

The years since their ultimate triumph have been painfully punctuated by a series of lows for the club and their fans, culminating in the former champions of England’s demotion to the Sky Bet Championship and then, latterly, League One; becoming the first team ever to win the Premier League and then be relegated to the third tier of English football.

Between their incredible league win and their current desperate predicament Rovers did enjoy a period of relative success as former Liverpool boss Graeme Souness led them to a League Cup victory over Spurs in Cardiff, while Mark Hughes also went some way to bringing back the good times by guiding them to a series of European qualifications. But in truth, this relative purple patch only served to paper over some very big cracks that were in danger of bringing down the house that Jack had built.

Ask any long suffering Rovers supporters, who probably thought they had seen it all over the past quarter of a century, and they will without doubt put much of the blame for Blackburn’s most recent unseemly demise firmly at the door of the club’s owners, Venky's. In November 2010 Rovers were purchased by the Indian poultry giants, who paid £23 million for the club following the death of Jack Walker. This included absorbing £20 million of the club's debt; subsequently converting £10 million into share capital.

Their master plan, if there was one, was to exploit football’s global popularity to boost their brand, while driving forward the commercial ambitions of their chicken shop empire, but if anything the club has instead been a significant drain on their financial resources, a risk they seemed completely unaware of when taking over. Rumour has it they didn’t even know about the whole promotion and relegation system that existed in football prior to their involvement in the game – they soon found out. 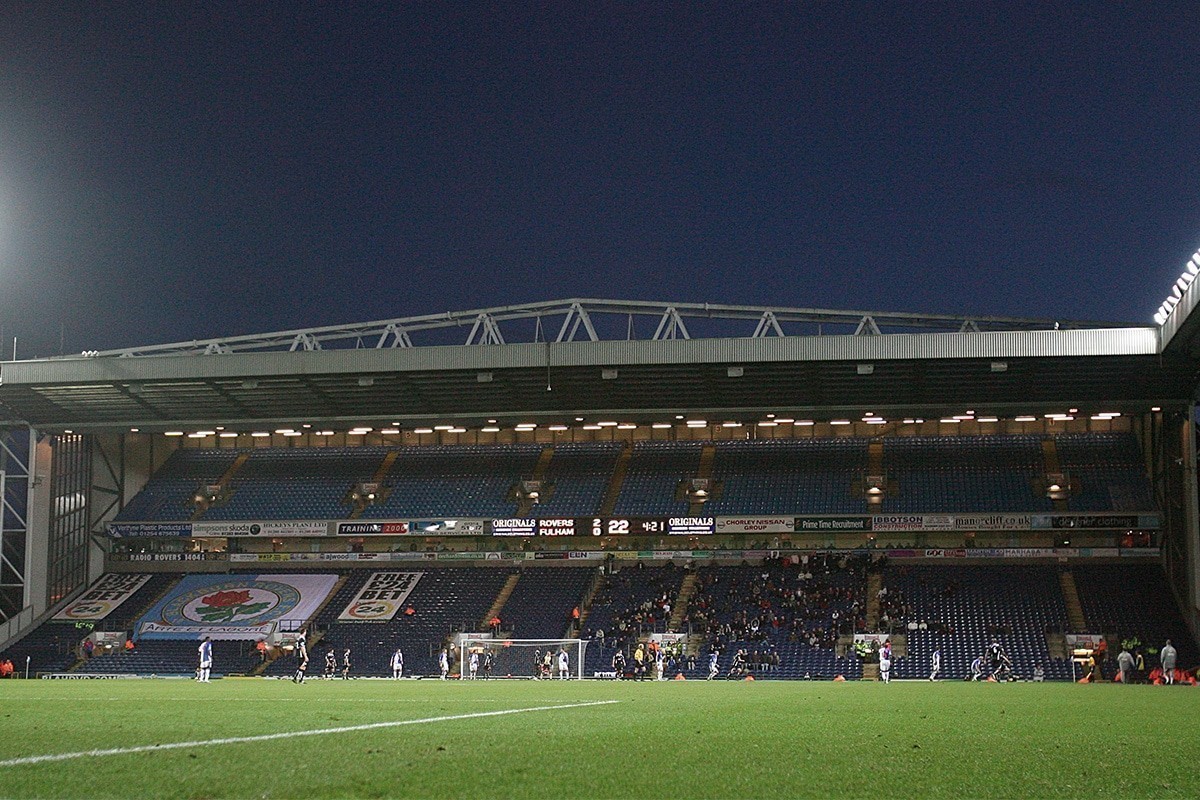 There has also been substantial managerial upheaval during their time at Rovers, starting with the new owners’ curious decision to relieve Sam Allardyce of his duties almost immediately and replace him with first-team coach Steve Kean – a decision which flew in the face of the stability that the club thrived upon during their glory years less than a decade before.

As it turned out Kean’s appointment proved to be something of a disaster as Blackburn were relegated in 2012, thus ending the club’s 11-year stay in the top flight and beginning something of a managerial vacuum as a host of names have come and gone subsequently.

In fairness to Venky's and the Desai family who are behind the empire, they do seem to have been very badly advised, but their decisions have come at a cost to both themselves and the club, with losses between 2011 and 2015 believed to be a colossal £93 million. Indeed, they have since admitted, “We have learned some very valuable and costly lessons.”

The only way the club has been able to stem the loss of cash and arrest even further financial damage is by selling their best players, but this obviously comes at a cost too, as it ultimately has a lasting, negative effect on performances, not to mention team morale.

In 2012 Rovers generated £23 million thanks to the sales of Phil Jones to Manchester United, Chris Samba to Anzi Makhachkala and Nikola Kalinic to Dnipro Dnipropetrovsk meaning they were actually able to turn a profit for the first time in a while. However the departures of Jordan Rhodes and more recently Shane Duffy show this was far from being a one-off fire sale and there is little sign of the cash that was generated, nor this damaging trend being bucked in the near future.

Blackburn may have been in a similar position before and managed to rise to the top of English football but this time they are fighting a battle off the field as well as on it. Whereas once hope was provided by the guiding hand of a proven, local business man, now there is none. Even the most dedicated Rovers fans could be forgiven for not expecting a revival in fortunes to mirror their epic march up the league ladder in the mid-1990s probably ever again in their lifetime.

Yes, Leicester City have also defied all the odds and taken inspiration from the Blackburn Rovers blue-print to shake the world of football, but such achievements are few and far-between in the modern game.

Blackburn Rovers’ motto – Arte et Labore – translates as By Skill and Labour, but if the club are to once again mount a memorable march up the league pyramid culminating in a glorious, last day, title triumph they might be better off hoping for a little divine intervention.