Ever since a fresh-faced Frank Lampard took a pew next to Harry Redknapp during a West Ham United fans' forum two decades ago, his class has been questioned.

The misguided punter in question – who has likely swallowed his words many times over since then – wondered whether nepotism played a part in Uncle ‘Arry playing Lampard over say, fellow youngster Scott Canham (who?).

That was not the end of the Lampard-bashing. Not by a long stretch, even as achievement after accolade after trophy racked up at his feet. Having ‘beaten’ Canham into the first-team in 1996 he was still viewed with suspicion by a portion of the fans and judged under the spectre of his father, Frank Lampard Snr, who was and is very much a club legend. And the cynicism turned into abuse when, not happy with the treatment of Redknapp and his father by the West Ham board, he left for Chelsea in 2001.

Thus ‘Fat Frank’ was born. The narrative goes that, having been lent a hand up the greasy pole, he is the quintessential average English midfielder who only scored so many goals because he took all the free-kicks, all the penalties, and rode his luck with all those deflections – and is certainly inferior to Steven Gerrard before we even get to Paul Scholes. Ah, and that round face of his is definitely a sign that he should put down the Pukka pies.

While only the blinkered would hold those views to their most extreme, many fans outside of Stamford Bridge have, at certain times in his career, wondered whether some of the above holds – forgive the pun – weight.

Now, as the curtain comes down on a generation with the announcement of his retirement earlier today, it is time to cast off our doubts and celebrate Super Frankie for what he truly is – the best Premier League goal-scoring midfielder of all time.

After 21 incredible years, I have decided that now is the right time to finish my career as a professional footballer. Whilst I have received a number of exciting offers to continue playing at home and abroad, at 38 I feel now is the time to begin the next chapter in my life. I’m immensely proud of the trophies I’ve won, of representing my country over 100 times and of scoring more than 300 career goals. I have many people to thank. I thank my parents for instilling in me the values of hard work, dedication and professionalism, values which I have carried with me in everything that I do. I am forever grateful for the support of my family, my wife Christine and my two daughters Luna and Isla. What you have given me off the pitch has always been my strength on it. I love you all very much. Also, my friends and my own team that have always been there for me. I would like to thank the amazing team-mates, coaches, managers and backroom staff that I was privileged to work with. I’d also like to pay tribute to the clubs that I have represented. Firstly, West Ham United who gave me my debut in 1996. Thanks to the people there that believed in me at that young age. More recently Manchester City and NYCFC. I greatly enjoyed my last playing years at these two clubs and really appreciate the support I received from City Football Group and both clubs’ fans. Of course, the largest part of my heart belongs to Chelsea, a club which has given me so many great memories. I will never forget the opportunity they gave me and the success that we managed to achieve together. It is impossible to give thanks individually to all the people that helped and supported me in my 13 years playing there. All I can say is from the day I signed until now and going forward, I'm eternally grateful for everything and to everyone. Chelsea fans gave myself and my teammates such incredible support. Their passion and hunger drove me on personally to give my best year after year. I couldn't have done it without them. Looking forward, I'm grateful to the FA for the opportunity to study for my coaching qualifications and I look forward to pursuing the off-field opportunities that this decision opens.

The raw statistics of Lampard’s goals 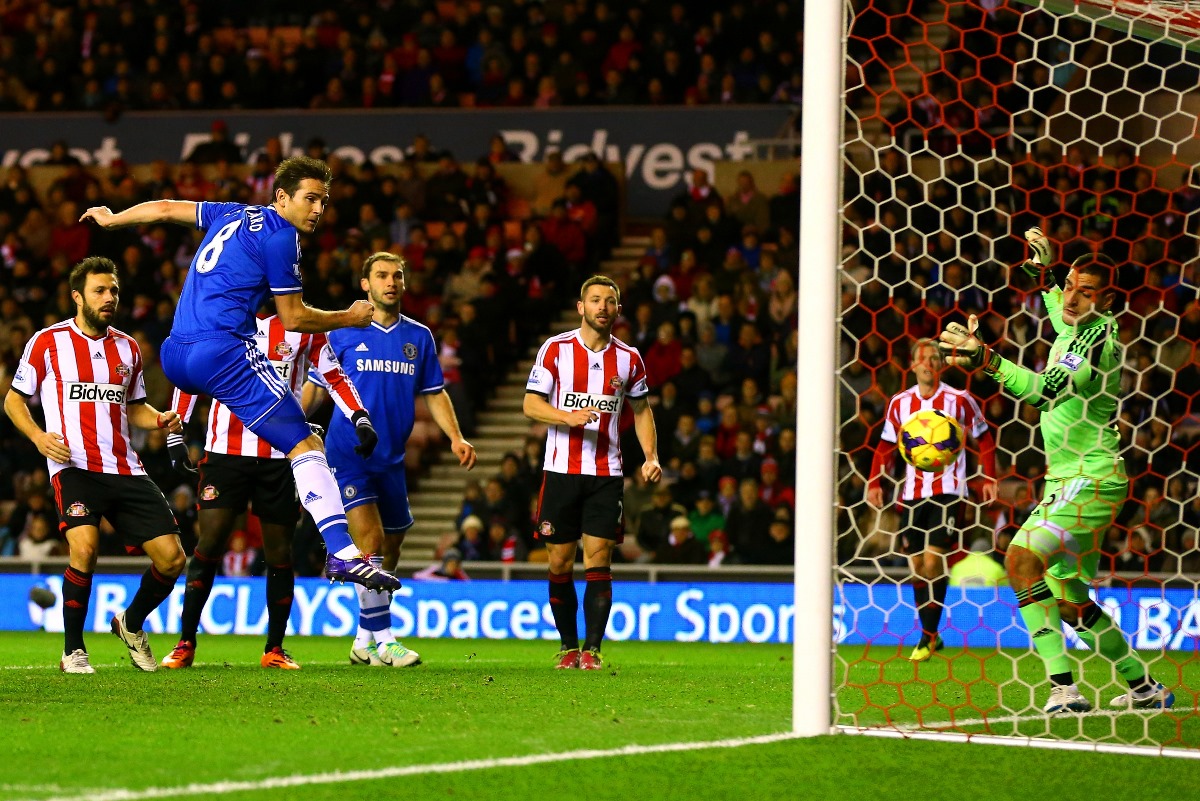 No matter which way you cut the facts up, Lampard has scored more goals from a midfield position than anyone in the history of the Premier League – 177.

Only Alan Shearer, Wayne Rooney and Andy Cole sit above him on the all-time list, who are some of the most prolific strikers the country has ever seen. The closest midfielder, Gerrard, is down in 16th.

His longevity, at 608 Premier League games, of course plays a large factor but take his 10 prime seasons with Chelsea – in which he reached double digits every time – and his goal-scoring ratio becomes jaw-dropping. From 328 matches, he scored 130 goals. That’s a goal every two-and-a-half games.

The only Premier League midfielder who could match Lampard in his prime for goals per game is Cristiano Ronaldo (0.43), yet the Real Madrid man could hardly be classed as a typical winger even in his Manchester United days.

You can try and discount the goals he scored from penalties (43) and free-kicks (5) – he would still rank 12th on the Premier League goalscoring list, nestled in between Robin van Persie and Jimmy Floyd Hasselbaink.

While Gerrard and Scholes could wind up their boot as spectacularly as the rest of them, no player has scored more goals than Lampard from outside the box (41) in the Premier League, either.

And when he wasn’t scoring goals he was creating them. Only top Premier League appearance-maker of all-time, Ryan Giggs, bests Lampard’s 102 assists.

Why Lampard was so effective 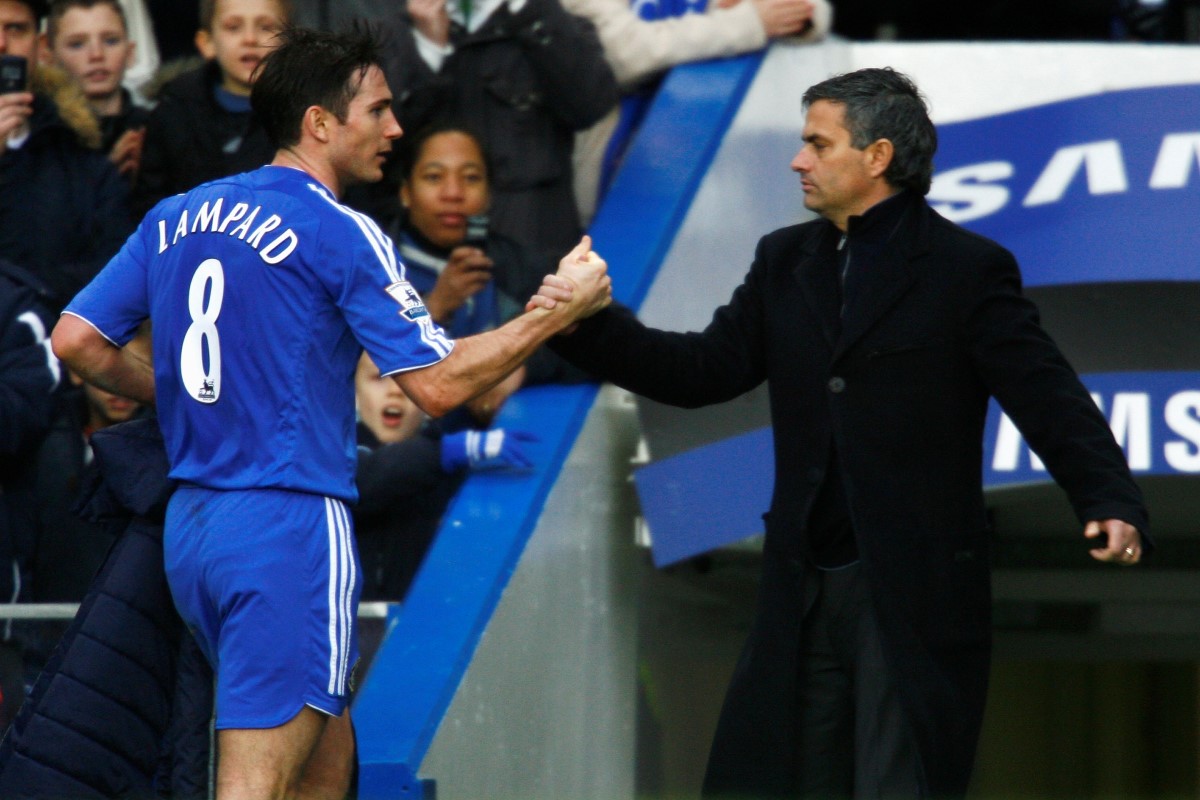 For as talented as Lampard was, any player needs the perfect environment to exact the most out of their abilities and Jose Mourinho squeezed every last drop out of his talisman.

While English football was slow to realise 4-4-2 is not necessarily the holy grail, Mourinho quickly got Chelsea up to speed with a 4-3-3 system in the mid-2000s that was impenetrable when at its very best.

The triangle between Claude Makelele, Michael Essien and Lampard often meant at least one midfielder was in space up against a traditional two-man midfield and created the gaps in the final third that Super Frank pounced upon with glee. He could read the game like few others of his generation.

Even when Mourinho barrelled out of Stamford Bridge shortly into his third season, the general premise of this system persisted, with Michael Ballack and the oft-maligned John Obi Mikel the new musketeers. Lampard always had the ability to adapt and even when he dropped into a deeper role at the turn of the decade, his tactical mastery ensured that the timing of his runs and forays forward barely affected his goalscoring output.

Though it was within his armoury, Lampard could not rake a pass 40 yards diagonally with the consistency of a Scholes or a Gerrard but he simply didn’t need to – as he was peerless in his unlocking of defences in the final third.

He almost had a telepathic understanding with Didier Drogba, who he set up 24 times in the Premier League, with the two on their own often tearing apart the most entrenched of defenders with a clever flick or movement in the box.

Often brushed over is Lampard’s rapacious work ethic as well, as he could keep going with quick burst into the box deep into the second half where many others would still be gasping for air. A natural talent, yes, but he made the most of what he was given. 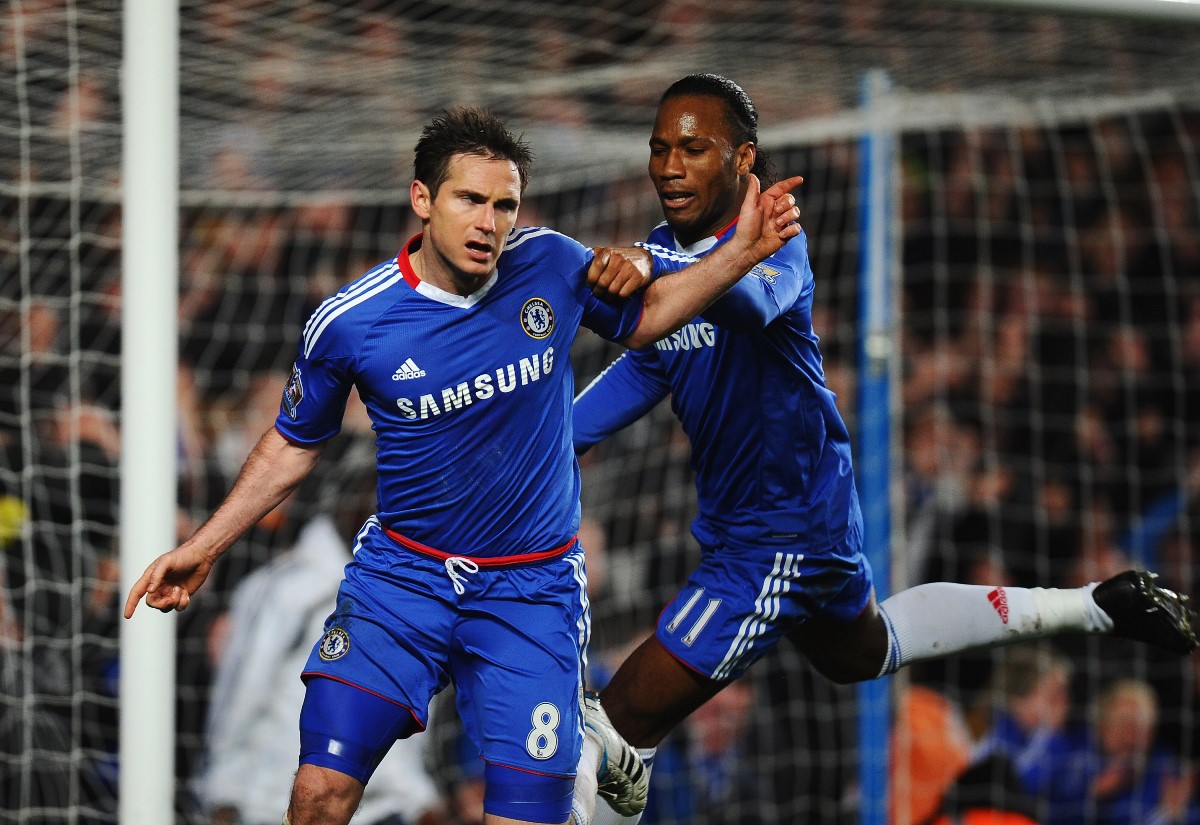 Lampard deserves a category of his own

Lampard took an almighty swipe at his critics in every game he played for his club but it is perhaps the failure of England's so-called golden generation that has slightly sullied his reputation.

He is often labelled as the ugly duckling when it comes to his place in the debate with Gerrard and Scholes, with Lampard perceived as the least cultured of the three. But he got the job done, as the statistics show, more emphatically than any Premier League midfielder of his generation – don’t hate the player, hate the fun and games of successive England set-ups.

His legend will grow further with time and someday, the cyclical, tiresome debate will fade.