France haven't really played to the best of their ability just yet and will be hoping that they have saved their true performances for when it really matters. Switzerland head into this last 16 tie as the clear underdogs and other than during their win over Turkey, they haven't looked like a team capable of causing a major upset.

Read on for our full match preview and prediction for France vs Switzerland in the European Championship.

The Top Tips and Best Odds for France vs Switzerland

France haven't lost any of their last seven encounters against Switzerland and have kept a clean sheet against them in four of those seven meetings. France have won four of their last six matches and each of those victories have been accompanied by a clean sheet. Switzerland lost their only recent international against a bigger side 3-0 in the group stage against Italy and we expect them to struggle in this game as well.

This game has the potential to be low-scoring as five of the last seven meetings between these two countries have produced under 2.5 goals and we're predicting another low-scoring affair between the pair. Three of France's last six matches have also witnessed under 2.5 goals and the French have kept clean sheets in four of their last six attempts.

France haven't looked all that convincing going forward at Euro 2020 but have still managed to score in each of their group games. The French have scored exactly one goal in three of their last six matches and we're backing them to win 1-0 against Switzerland. Switzerland have only kept one clean sheet in their last six attempts and we can't see them shutting out this talented French side during the 90-minutes.

All you need to know for France vs Switzerland

We have seen the Netherlands crash out of Euro 2020 against a Czech side most people expected them to beat while Italy had their struggles against Austria and needed extra time to progress, but will France have learned from their lessons? The expectation is on the French to not only beat Switzerland but also go all the way to the final. Deschamps side haven't played to the best of their ability in this tournament and with a couple of injury concerns ahead of their last 16 tie, we're predicting another close encounter against the Swiss.

France yet to fire on all cylinders

One win and two draws proved enough for France to top the so-called ‘group of death' ahead of Germany and Portugal, so a game against the Swiss should be much easier on paper. France haven't really moved out of third gear ever since their routine 1-0 win over Germany and we believe they are saving their best performances for the latter stages. France remain the favourites to win this competition and it would take something special for Switzerland to knock them out at this early stage.

Switzerland had to produce the goods in their final group game and only then did they finish third behind Italy and Wales. Beating Turkey is one thing, but producing a winning performance against this French side will take a lot more effort. The Swiss have some excellent technical players in their side but they don't look strong at the back and their No.1 goalkeeper Sommer has had a poor tournament by his standards. It's really tough to see a way Switzerland can win this game and even a France in third gear should be enough to progress through to the quarter-finals.

France had several injuries during the clash vs Portugal: Lucas Digne and Lucas Hernandez (both left-backs) were forced to go out. Adrien Rabiot, a pure midfield, replaced them brilliantly. However, Hernandez should be on the pitch for the game against Switzerland.  Thomas Lemar should be back as well. 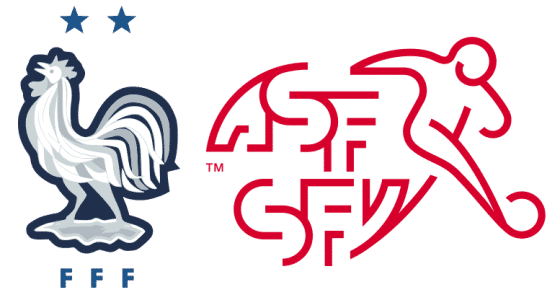