Custom databases within the Football Manager series have proved very popular for a long time now and the latest installment of the franchise is no different. We're going to take a look at some of the custom databases that you can find on fmscout.com that will add a little something extra for those fans of the series that like to try something new and enjoy testing themselves at all levels.

For anyone who does decide that they want to try out custom databases on FM22 the installation process is very simple. Once you have downloaded the database that you want to try, make sure Football Manager 2022 is closed and then add the database file here,

Then when you load up FM22 and go to start a new game you should see the database file in the top right corner which can be clicked or unclicked at any point depending on whether or not you want that database loading up.

OK, now it's time to check out some of these databases starting with, 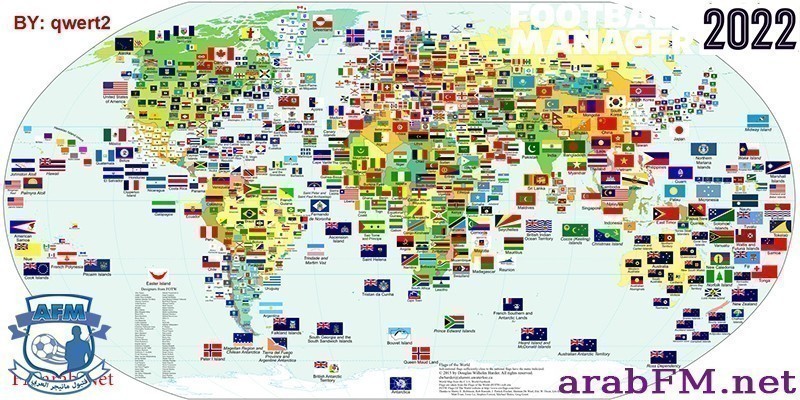 This fantastic database opened up a massive new range of leagues and competitions that the die-hard Football Manager fans will adore. By installing this database you will be able to play in 225 leagues across the world that you never could on the standard FM22 database including,

A database that has this much detail in it is bound to have a few glitches but this is a work in progress and gets continuously updated throughout the year, so it's easy to forgo some of these minor issues.

Created by qwert2 for arabfm.net

This database adds real-life agents to FM22 and they will all be attached to the players that they represent. A database like this might not make much of a difference to most FM players but it's that extra bit of detail that hardcore FM22 players will appreciate.

Nik33's FM22 Agent Pack contains over 1000 real-life agents and affects 13,00 players and staff who they are connected to in the game. This agent pack has been around for 12-years now and continuously gets updated throughout the year with the last update taking place on the 15th of November. 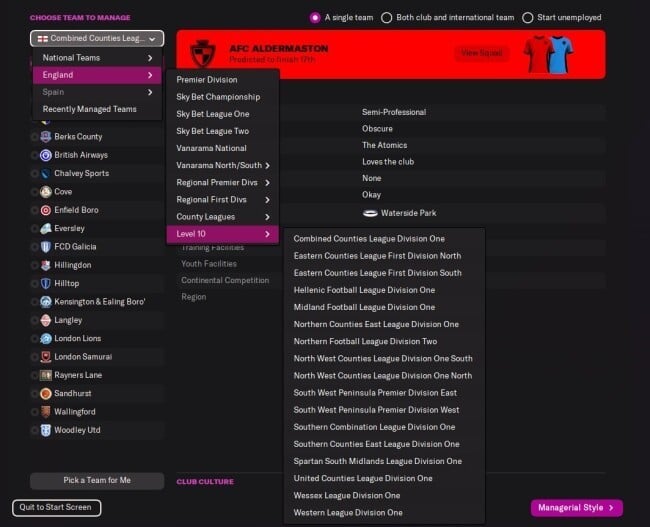 This is a very popular database that has been updated for FM22 that FM players have been enjoying for a good while now. This is a database that really allows you to experience the grassroots level of football in the English pyramid, reaching as low as the 10th level. I used this database on FM21 and although I never got Hashtag United to the football league, I certainly enjoyed the save.

Like many of these databases, it's still early in the development stage and there are issues that the creator is always looking to fix but these things take time, especially when it's a database as detailed as this one. However, if you want to manage your local amateur side or fancy the ultimate challenge of taking a team from the 10th level of English football all the way to the Premier League then this is the database for you.

If you do decide to give this database a go, and I highly recommend you do, make sure you select ‘Do not add key staff' and ‘Add players to playable teams' in the advanced options section, while changing your database size option so it includes all players from England.

European Super League for the fans

The proposed European Super League (ESL) might have fallen flat on its face last season but you can be sure that those teams involved will be working on others ways to bring the topic back up in the future. For now, any football fans that might have wanted or wondered just how the ESL would have worked can give it a go in this FM22 database.

The database consists of four top divisions with 16 teams in each one, as pictured above, all of which represent the 64 teams with the highest reputation. The top five teams in each league at the end of the season go into a Championship playoff to decide the overall winner. Two teams from each league get automatically relegated while another four teams from each league face off in a relegation round meaning that 16 teams get relegated in total and 16 teams come up (the second tier is only available to see and is not playable). There are also two cup competitions, the Wonder League which is like the Champions League, and the European Super Cup. The prize money is pretty immense (which is why those teams wanted a super league in the first place) which makes for a lot of fun if you enjoy splashing the cash!

The final database we are bringing you is one that all those people who wished we had remained will certainly be downloading. Basically, this database makes it so the UK does not separate from the European Union which has a massive effect on what players you can sign. In fact, this means that there are no foreign player limits at all and work permits are a thing of the past. As things stand right now, it can be hard signing a player that isn't from the UK as they have to have played a certain amount of international football to get their work permit. There are acceptions to the rule but this database means you can sign any player you want.

For me, this database feels like a bit of a cheat but I can certainly see why many FM players out there would like to give it a go. As with all databases, there is an issue with the game crashing at certain points so it is worth turning on your autosaves to either a weekly or fortnightly basis.