Whilst some, or maybe even all, of these players will either re-sign with their respective clubs or sign a pre-contract with a new team from the 1st of July, as of now they are the best potential free transfers for the start of the 2021/22 campaign and will be available to sign on a free transfer once the summer update has hit Football Manager 2021. While Messi stands out as the most obvious ‘must have' free transfer on this list, you can see that there is a lot of super-talented players that look set to leave their respective clubs this summer, and what a free transfer 11 they make up. 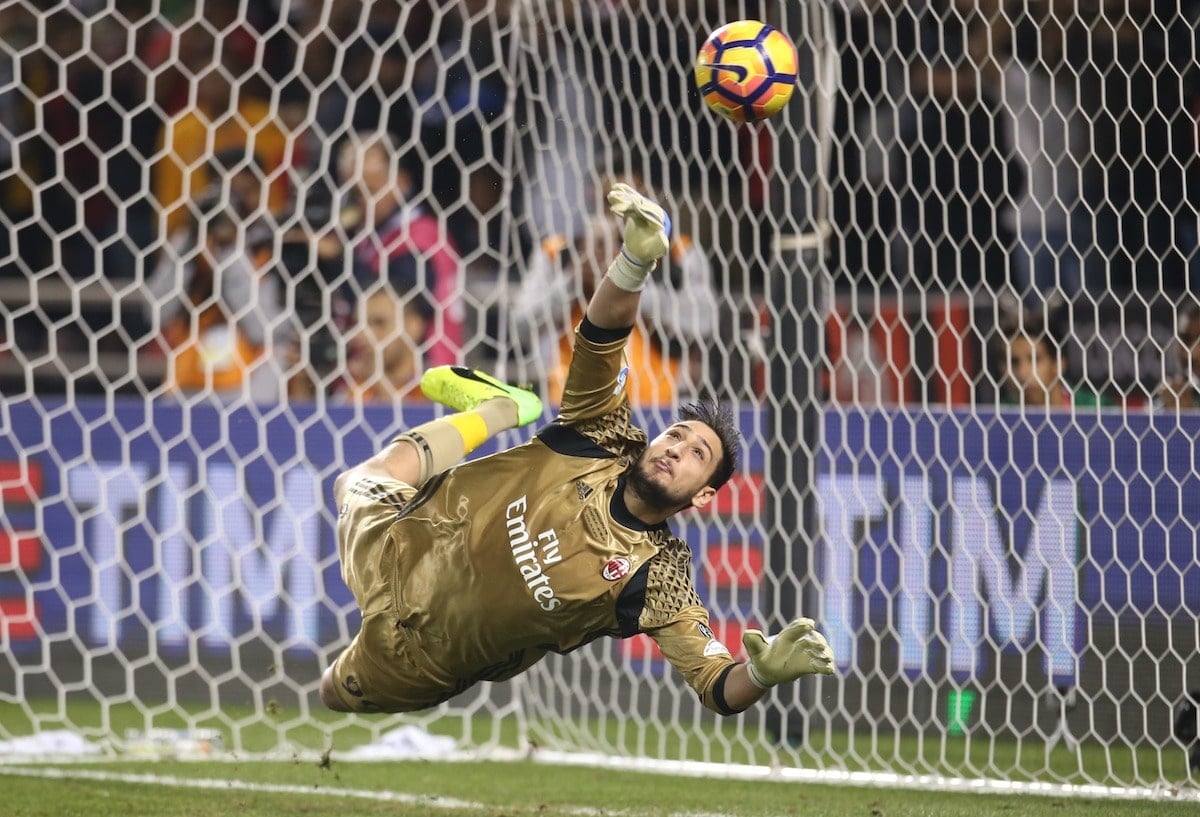 Even at the age of just 22, AC Milan's Donnarumma is one of the best goalkeepers on Football Manager 2021, and his potential means that he will only get better as the seasons progress. Ordinarily, to sign a keeper of Donnarumma's class and ability you would have to spend upwards of £50m but with his contract set to expire, you might be able to sign him for nothing, providing you are a big enough club to attract him of course. In the real world, Donnarumma is believed to be close to agreeing on a deal to move to Juventus but nothing has been decided just yet and he could be yours on FM21 once the summer transfer window update has been released.

Napoli's Elseid Hysaj has been linked with a move to the Premier League for the last few years and now that the 27-year-old looks set to leave the Serie A club on a free transfer, we could see that rumour become a reality. The Albanian right-back has plenty of pace and likes to get up and down the right, supporting attacking moves and supplying crosses into the box. Inter Milan and Atletico Madrid are said to be monitoring Hysaj and if the likes of those teams are vying for his contract, you should certainly get him in your squad on FM21 if he does become a free transfer option.

Sergio Ramos still possesses some of the best stats in FM21 of any defender and he offers goals from corners and free-kicks as well as being a decent penalty taker. Despite his advancing age, Ramos would be suited to most of the top Premier League sides in FM21 and would arguably be a first-choice option. In the real world, Ramos has been heavily linked with a move to Man Utd and we would absolutely love to see him in the Premier League. If you do sign him, you better watch out for those red cards, he seems to love them!

David Alaba can play in a number of positions across defence and midfield but for the sake of this starting eleven, we have inserted him at centre-back alongside Ramos. Alaba has rejected a number of deals at Bayern Munich and looks set to leave Germany for La Liga or the Premier League. At 28, Alaba still has plenty to offer the game and any of the big clubs across Europe could use a utility man with the talent and ability of this Austrian international. With a sweet left-foot and no transfer fee, Alaba will have the pick of Europe's elite if he makes it to the free transfers list in FM21, so make sure you are in charge of one of those few teams that could afford him.

An injury-hit season looks likely to lead to Juan Bernat being released by PSG this summer, but at the age of 27, he still has plenty to offer the right club in FM21. The marauding left-back might lose some of his physical stats after being out for such a long time but his technicals will still be up there with the best in his position. You might not have to go one of Europe's elite to sign Bernat on a free transfer but we'd recommend you at least being able to offer him European football.

Wijnaldum has his heart set on a move to Barcelona and we're pretty sure that is where he will end up but if you do get a chance to sign the 30-year-old then you should take it. The Dutch international has been a key figure at Liverpool and can play in multiple positions and has plenty to offer going forward as well as tracking back to defend. We can't see Wijnaldum signing a new deal with Liverpool so there is a good chance he will be on that free transfer list come the summer update to FM21.

Thauvin might not be top of your free transfer list given that he tried and failed in the Premier League with Newcastle, but the Fench international has rediscovered his best form at Marseille and is now looking to capitalise on that with one final big-money move in the summer. Being available on a free transfer will help Thauvin secure a move to one of Europe's big clubs, with AC Milan already being linked with a move for the Frenchman. On FM21 he would offer a lot to any side playing inverted wingers and would well be worth signing at 28 as he still has some sell-on potential.

33-year-old Di Maria has been amazing at PSG since making the move to France from Manchester in 2015. Whilst he can still play on the wing, Di Maria cuts inside far more now and likes to play through-balls from a more central position. The Argentina international would be one of the best free transfer options in FM21 but it will be interesting to see what kind of level Di Maria would drop too.

Another player seemingly set to join Barcelona this summer is Dutch wideman Memphis Depay. The 27-year-old has impressed at Lyon this season and looks to have his heart set on a move to the Camp Nou with Koeman. While most players would want to join Barcelona to play with Messi, Depay might well be left to fill the legend's boots if Messi does indeed decide to leave the club. Depay will surely be on that free transfer list in the summer update to FM21 and he will have plenty of Europe's elite clubs vying for his signature. 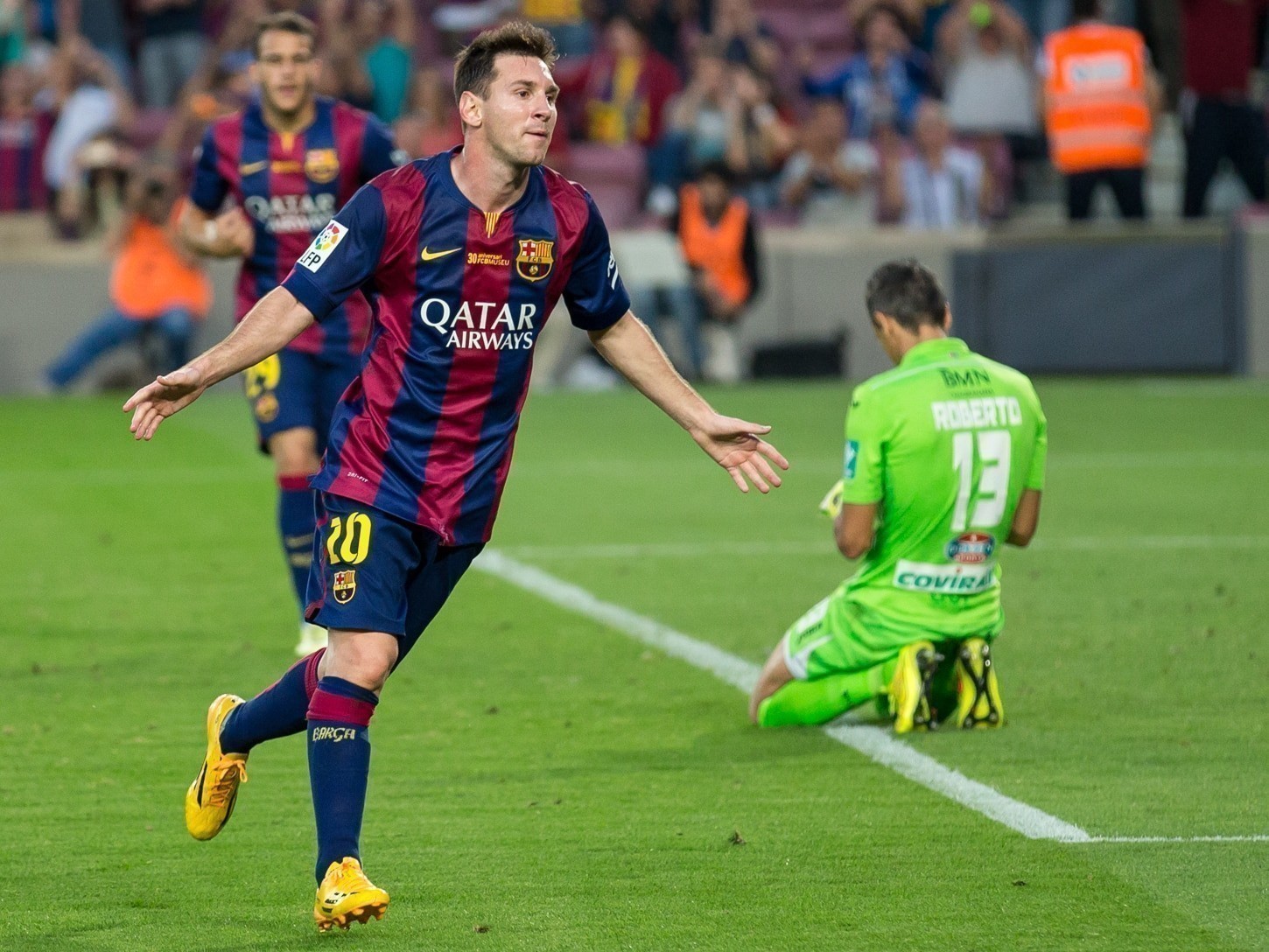 Everyone team in the world would love to sign Messi this summer but the chances are only Man City can actually afford him. Staying at Barcelona or moving to Man City appear to be the only realistic real-world and FM21 options for Messi but it would be interesting to see if Man Utd and Chelsea's boards would allow the kind of wages Messi will surely want as a free transfer. If ever a ‘free transfer' was never truly free then this would be the prime example. He's going to cost a fortune to sign but he will be worth every penny.

Aguero will leave Man City in the summer but could still help guide the club to their first-ever Champions League trophy. Barcelona have already enquired about Aguero and he is said to be very excited at the opportunity to return to Sapin with such an illustrious club. In FM21 though, we believe there will be a large number of less high-profile clubs that will be able to sign Aguero given his injury record. At 32, Aguero still has plenty to offer any FM21 player but you probably won't get a full season out of him due to those regular injuries he suffers these days.