Football Manager 2021 will be released next week, but those who pre-ordered the game have been playing the beta version for around a week. One thing that has been noticed in the latest instalment of Football Manager, is that there is only one default skin available. Usually, Football Manager has at least two options to choose from in terms of default skins, a ‘light' and a ‘dark' version, but FM21 only contains one. Most fans of the franchise have been really pleased with the FM21 skin, a purple theme that is clear and easy to use and certainly feels improved on last year's default skins.

However, for those of you that like to have options when it comes to skins on Football Manager or for those who simply don't like the default theme, we're bringing you a selection of five FM21 skins that are available to download for free right now. Bear in mind, that when the full version of FM21 is released on the 24th of November, it may well include another or possibly multiple default skins and that they will likely have the same layout as the original but may vary in colour.

Here are five skins created by the Football Manager community that you can download free of charge. Remember that it is still early days and many more skins will be created in time, so you should keep an eye out on your favourite Football Manager content website for any new releases. 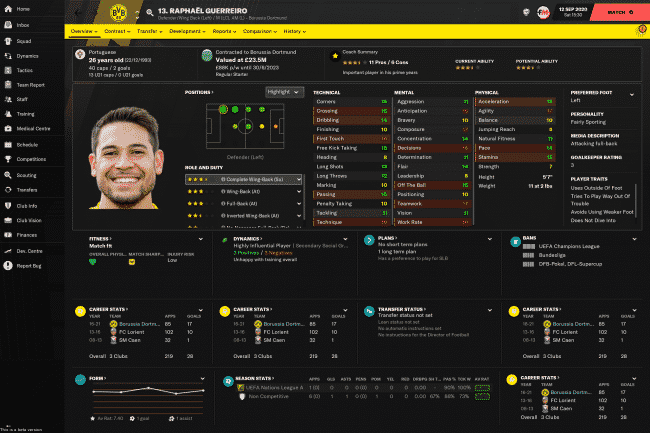 The Priisek Dark skin for FM21 is perfect for those, including myself, that always use the ‘dark' versions of Football Manager skins and that may have been disappointed not to see one in the beta version of the game. This is simply a darkened version of the default skin but does include an ‘Instant Result' button. This button allows you to skip match highlights and go straight to the result, which is handy for those wanting to play through FM21 faster or just for those who want to skip a game when there is nothing left to play for. This skin also goes really well with the cut-out face packs, which is Important to the majority of FM players these days who like to install all the club badges, logos and player's images. This skin has already been updated several times, removing any glitches and bugs, as well as being cleaned up in general. 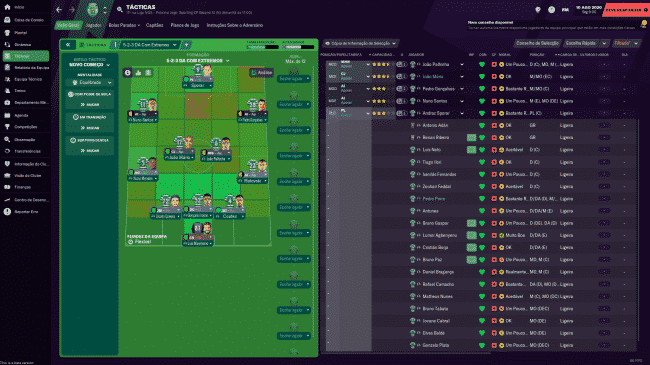 Kojuro V2 is more of a slight update to the default skin rather than being a skin in its own right, but is still very effective and will certainly be a popular download. To put it simply, this skin has removed the original white panels on the left-hand side where you would find tabs such as Inbox, Squad, Competitions, Transfers, etc and made them the same colour as the purple background. This is due to some players of FM21 finding the white panels a little blinding and a simple shift to purple makes them much easier on the eyes and doesn't take away from the original skin that has proved so popular in the latest instalment of the franchise. Player faces have also been added to the tactics menu (as pictured above), which is a nice little touch. 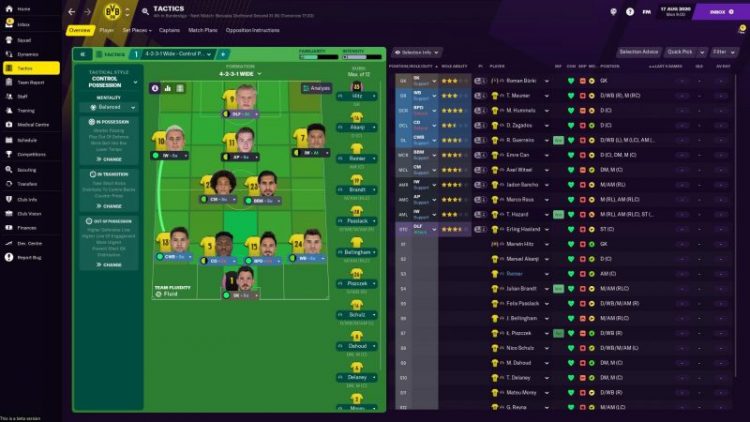 Similar to our last skin, FMEnhanced hasn't moved too far away from the default purple skin and has simply enhanced it as the name suggests. The white panels on the left-hand side have once again but changed to purple in an attempt to make the default skin even more pleasing on the eyes, a common theme in the early skins we are seeing. Overall this skin looks more smooth and silky than the default FM21 skin and has added an ‘Instant Result' button, ‘Post Simulation Overview Summary' and Position Strength Circles and Face Icons to the Match Tactics screen in its latest update. The FMEnhanced skin aim was to make a skin that users of all sized screens could use, as there has been some issues with the default skin during the beta. This skin is simple but very effective and allows FM players who like the default skin to enjoy it even more. 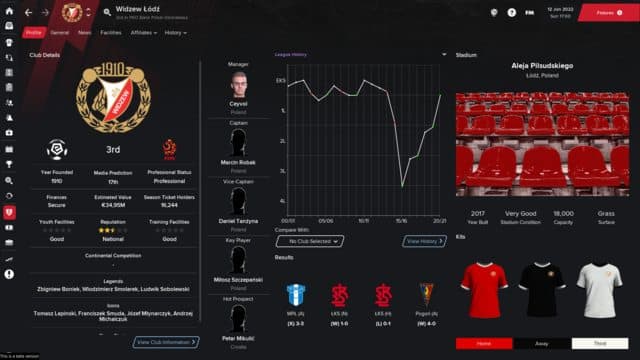 Another ‘dark' version of the default skin for you now, brought to us by Ceyvol. Dark Polish looks very sleek and smart straight off the bat, as so many of the ‘dark' skins do. Dark Polish has consistent shades of grey throughout, includes ProximaNova font for FM fans of a certain age to enjoy, an ‘Instant Result' button, new look to the main menu, player images on tactics, dynamic continue button, modified player attributes section, club profile page overall, the option for stadium pictures, has removed bold and uppercase from headings, and includes minor tweaks for low-resolution users. All in all, this skin stands out on its own and certainly offers more than the above-mentioned skins. for fans of ‘dark' skins, Dark Polish is certainly worth giving a go, the added touch of allowing stadium pictures will appeal to a lot of FM fans.

The guys at FMScout have simply added an ‘Instant Result' button to the original skin for those players that like to get through games in a much quicker fashion. The button is located in the top right of the screen (as pictured above) and will be helpful to those players that might find the game playing slowly on their computers and need this addition to get through games a lot faster. However, this isn't all you get. A ‘dark' version of the default skin has been created and it includes no purple. The screenshot above shows you the dark skin in effect and it does look very smart and is a little less in your face than the purple default skin.

Some skins will need to be extracted before you can move them to the right directory.

Once your skin is in the right folder simply go to the preferences section in-game, navigate to the skins section and use the dropdown bar to select your new skin and confirm. Loading times will vary depending on the logos, player faces, and kits you have installed.