The European Super League made have collapsed but thanks to FM modder Darthfurion you can still imagine what it would be like for the world's best football teams to play one another in an exclusive and lucrative super league.

The FM community are used to modded ‘super league' databases but never until now has one been so poignant or popular. Love it or hate it, the recent ESL proposals have left many Football Manager players wondering just what it would be like to play in a super league and a recent update to Darthfurion's World Super League database means they can do that and more. With this particular database, players won't be limited to just European teams or just one division (so it already has more thought put into it than the actual ESL).

In the World Super League Ultimate Edition v2, players will be able to take control of 1004 clubs from across 72 countries, so there is no chance you will get bored playing against the same teams every season, unlike what would have been the case if the ESL had been given the go-ahead. The WSL database includes its own football pyramid which spans 7-levels and includes 43 divisions, meaning teams can get promoted and relegated and you could potentially take a team from the lowest possible tier all the way to the top, which is crucial as that is a challenge many FM players thrive upon.

How does the WSL work?

All 1004 clubs will play their games in England and while the main aim will always be to earn promotion and finish as high in your respective league as possible, there are also a number of cup competitions at different levels so you can still claim silverware even if you aren't playing in one of the higher divisions. Darthfurion has a lot of experience developing super league mods and admits to putting plenty of hours into playing this database himself, so this is certainly a passion project for the FM21 modder. 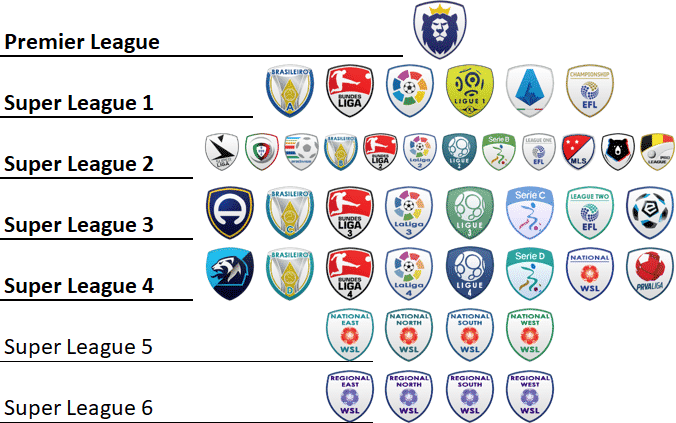 As mentioned above, this database has 7-levels. At the top, we have the Premier League and that is followed by Super League 1, Super League 2, all the way down to Super League 6.

To quote the creator himself,

Unlike normal leagues and other super leagues, the WSL league structure is “wider” and not “deeper”. There are a few reasons for this:

So it sounds like making your way through the tiers could take a long time and is probably for the more hardcore FM players, while those of you who just enjoy playing at the highest level and in the very best competitions early on, should start their save in the Premier League.

What cup competitions are there?

This database still includes the familiar UEFA Champions League and UEFA Europa League along with the UEFA Europa League 2 which all teams can qualify for once they reach the top tier or win the FA Cup, a competition that is for all 1004 clubs to take part in. There are also Super League Cups for each of the 7-levels, meaning plenty of silverware to be won and extra income. 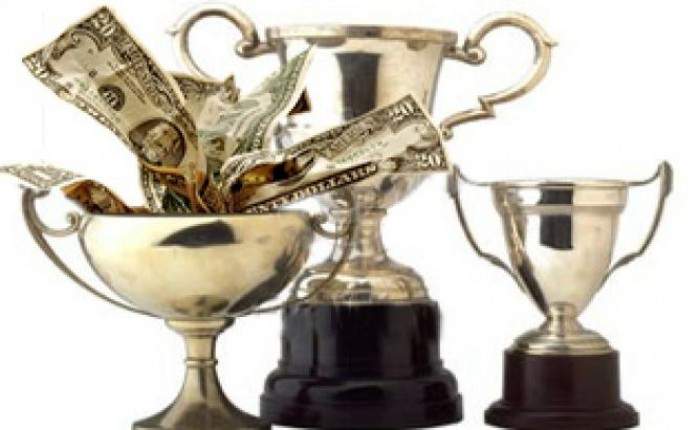 All of the leagues have their own prize money pools and much like the TV money it gets lower as you slip down the football pyramid from £98,654,182 in the Premier League to £134,088 in the Super League 6.

The prize money for winning the cups at each level works in a similar way but there is more of a bonus for the lower division teams winning their respective cup as Darthfurion remarks,

Here is a list of some of the key aspects of the WSL database that is worth taking note of and should enhance your playing experience.

Darthfurion has clearly put in a lot of time and effort to make this World Super League database and I for one am really looking forward to starting my first save tonight (after work obviously). You should try this database and if you like it then why not make a donation to the man himself, so that he can continue to make these databases in the future, all the details on how to donate can be found on the page linked below.