Managing in the Conference North and South has always been one of my, and many other FM fans, favourite starting points for a new save, but once you have tried that a few times and had success where do you go next? Well, as in previous versions of the series, you can download a well-made database that allows you to manage as far down as the 12th tier of English football. With this database, you can manage one of your local small clubs and work your way up through the pyramid, hopefully turning them into one of the country's powerhouses.

Obviously, this challenge is much easier said than done as you will be working on a shoestring budget and will end up signing and releasing players on a free transfer throughout each season until you reach a division that has actual transfer windows. As well as competing for obscure league titles, many of the local cup competitions have been added to this fantastically detailed database, so you can build up your trophy cabinet before you reach the upper levels of English football.

There may well be multiple lower league databases out there but the one I have been using is by Dan BHTFC (you can download this database at a number of places so just search for it on google) and was last updated at the end of March. Dan is working on an update for this database that will allow you to manage teams from as low as level 20 in the English football pyramid, adding even more depth to an already vast database that would keep even the most hardcore FM players busy. Just the idea of being able to manage your local sides and perhaps make them compete with the likes of Manchester City is so exciting and guiding a club through the divisions is easily the most satisfying way to play this wonderful game. You'll need patients, you will have to change your style of play a number of times and don't get too attached to players as they will come and go rapidly as you look to strengthen your squad year in year out to be able to compete, even keeping players for just a few months before releasing them and signing someone better.

Scouting is crucial in the lower leagues and understanding the stats of your players is as well. Many hardcore FM players that are regulars to lower league football will tell you that physical stats are more important than technical ones when playing low down and that playing tiki-taka football probably won't do you any good against more physical and direct teams that enjoy the long ball game, but every experience is different and these are yours to discover in what will be a trial and error save early on. 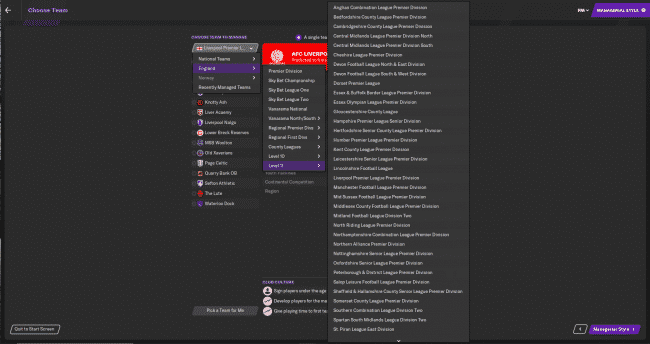 My Experience with the Lower Leagues Database

After recently watching a football documentary on BT Sport, I decided I wanted to start a save with Hashtag United. Hashtag are a semi-professional team that were formed in 2016 and play their football in the Essex Senior League. The Tags, as they are affectionately known, were formed by a YouTuber called Spencer Owen who gained fans for the club by streaming and uploading matches and highlights of Hashtag United online and in 2018/19 the club began playing in the Eastern Counties League. The idea of taking on this relatively newly formed club and guiding them to the football league and possibly into Europe just gripped me. 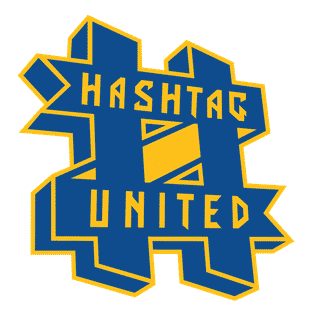 Tasked with finishing in the top four, Hashtag flirted with promotion during my opening campaign but in the end, we finished in 4th spot as only one team can earn promotion from this division. However, I did go on to secure Hashtag's first-ever piece of silverware as we lifted what I believe was called the Len Cordell Memorial Cup, and it felt amazing!

This time we were predicted to come first in the Essex Senior League, following a positive pre-season in terms of player acquisitions and pre-season friendly results. In the end, we strolled to the title with games to spare. Early on in the campaign, I made the decision to play my second string in the cup competitions as our finances were already decent and I really didn't want a compact fixture list as that always risks injuries.

Amazingly, we were backed as the favourites to claim the title in the Eastern Counties Football League but from day one we looked likely to struggle. The open half of the season was poor and we looked like possibly being involved in a relegation battle but a couple of upgrades in key areas of the starting eleven saw our form take a dramatic turn. We ended the campaign unbeaten in our last 17 matches and finished in the top seven, keeping me in my job.

Things have started brightly and look like they could end in another promotion for Hashtag. We currently top the table and have even been able to attract Neal Eardley, now 34, to play at right-back and take over the penalty, free-kick and corner duty, while Ben Tozer, 32, is using his amazing long through to make Hashtag a genuine force from set-pieces. Adding experience from former league players is important but you will still want to sign you, fit and fast players to do some of the extra running that the older players aren't able to anymore.