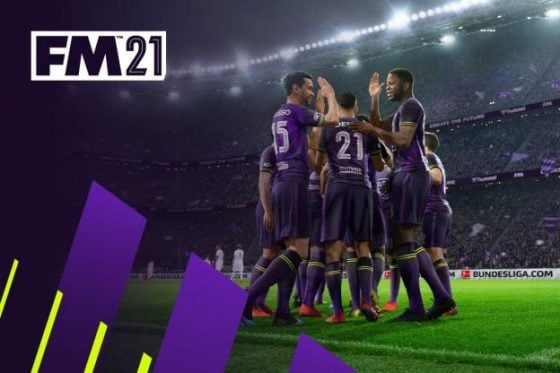 In the game of Football Manager, money can play an awfully big part in the way that you structure a squad. If you are lacking in money, it might be the case that you need to look at snapping up some free agents to avoid those nasty transfer fees. Of course, by looking at free agents you won’t find any absolute superstars, but you can still find some rather impressive players. Naturally, you can sign these players for no money at all, and while some of them might be approaching the end of their careers, they can still play some great football.

Wilfried Bony has been a pretty big name in his time, and with Football Manager 2020, he is listed as a free agent. This striker is 30 years old in the game, so he isn’t the youngest, but he can still bring a lot to the table. He has an overall score of 77, so as you can see, he is still capable of scoring goals for your squad and making a real difference. Bony has had a few injuries in his team, that’s the only drawback of going for him.

Fletcher has enjoyed some glory days at Manchester United during his career, and you don’t get to play for a club like that without being reasonably talented. The 35-year-old Scotsman is also a free agent on the game, and he is still a really good midfield addition for any squad. He plays mainly in a defensive style role, and with a score of 77 overall, he could prove to be that important piece that you need in your team.

Now we go from a Scotsman to a Brazilian, and Paulo Henrique is just waiting to be snatched up on the game. He is 30 years old at the start of the game, and since he is carrying an injury, he is not on a contract at any club. However, this can definitely work in your favour, as once he recovers from the injury, there is still plenty of life left in him, and you can get him absolutely free. His overall score is 75, so he’s fairly decent too. Henrique mainly plays in an attacking midfield role, but he can even play as a striker if you need.

Out of all of the guys we’ve mentioned in this post, Lucas Silva is probably the best of the bunch. To start with, he’s young, at just 26 years of age. This means that he is pretty much still at the peak of his career, and he has an overall score of 79, which puts him as an ideal rotation player for high profile teams. However, if you’re building a lower level team, he will undoubtedly make the first-team squad, week in and week out.

Martin Olsson is another player that is well up there as a prime candidate for one of the best free agents. He is 31 years old, and this not so young Swede can be pretty versatile when playing in defensive midfield and even legitimate defence roles. If you do decide to go with Olsson when sourcing your free agents, you should still be able to get a few years of good football out of him before he starts to decline in ability.

Here we have another Brazilian in the running, and Jefferson could be a real steal for anyone who needs a quality player for no money at all. He is 30 years old and tends to play out on the left-wing, but he can even drop back and play in a defensive role if you need. Jefferson is a pretty solid all-around player, to be honest, and given his physical state on the game, he is unlikely to sustain injuries.

Yet another Brazilian – Fabiano is a bit unique as he is a goalkeeper who starts as a free agent in the game. His overall score is 74, so he’s fairly decent, but like all of the other players in this list, he won’t necessarily improve once you’ve hired him. With that being said, he isn’t one of the oldest free agents, and since he does not have a club on the game, you could always negotiate his salary to grab him for cheap too.

Ivan Strinic is undoubtedly one of the very best free agents you can find in the game. The statistics that this guy has are pretty outstanding for a guy with no club to speak of, but that just works in your favour if you choose to go for him. This left-footed winger can provide you with reasonable pace to get in behind defenders, but he is also a solid defender too, so you get a good deal of versatility out of him.

If you translate this means name it is ‘beast’, and to be fair, Bicho really does fit that description. Amazingly, Bicho is just 23 years old on Football Manager 2020, so he is one of the youngest players you can possibly grab as a free agent. Since he is so young too, there is always the potential for him to improve if you place him in the right squad and get him the right coaches. His current score is 78, and given that he plays in quite attacking roles, he could bag some goals for your team.

Finally, we have an experienced Italian in the mix. This 33-year-old goalkeeper is not at any club when you start on the game, so it’s super easy to get him signed and mix him into your squad. Given his age, you can’t really expect him to improve much, but it’s definitely possible that you can get a few good seasons out of him. We’ve seen reports that you can get him for an incredibly low wage too, which is perfect if you are managing a cash-strapped club.