A win for Sampdoria this weekend would ensure their Serie A status for another season but they face a tricky home game on Monday 16th May against a Fiorentina side that are battling for European qualification.

Games between these two teams are usually packed with goals but we're expecting a much more tight and tense 90-minutes of football this Sunday as both clubs have a lot to lose. Only two of Sampdoria's and one of Fiorentina's last six outings in league and cup have ended with both teams getting on the scoreboard, so you can see why we're backing one or both of these teams to keep their clean sheet intact this Monday.

Under 2.5 goals have been produced in five of Sampdoria's and four of Fiorentina's last six outings in all competitions, and we're expecting another low-scoring affair on Monday night. Sampdoria are battling for their Serie A survival while Fiorentina could finish as high as 5th if they win their remaining two matches but both teams have failed to score in three of their last six outings.

Everything you need to know about Sampdoria vs Fiorentina

Fiorentina need a win in the race for European qualification

Sampdoria suffered a 2-0 defeat away at Lazio last time out thanks to goals from Patric in the first half and Alberto in the second. Sampdoria sit 15th in the table following that result and could slip down two more positions if they were to lose at home to Fiorentina on Monday. The hosts do have a much better goal difference than all the teams below them in the table and even Empoli who sit one place and 4pts ahead of them.

Last Monday, Fiorentina played host to Roma in Serie A for what was expected to be a very close and competitive 90-minutes. A 5th-minute penalty from Gonzalez got Fiorentina off to the perfect start and soon after, Bonaventura made it 2-0 after good work from Cabral who claimed an assist. Roma had no answer to their hosts and the scoreline remained the same, a great result for Fiorentina who went level on points with Roma as a result of that victory.

Sampdoria: Stefano Sensi and Manolo Gabbiadini are the two main injury concerns for the hosts.

Fiorentina: Álvaro Odriozola and Gaetano Castrovilli could miss the trip to Sampdoria through injury.

Sampdoria vs Fiorentina: Your Questions Answered 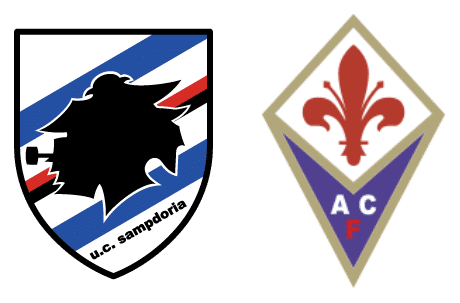