Finland will be looking to build upon their fantastic start to Group B by securing another 3pts against a Russian side that looked lackluster against Belgium. Russia went down 3-0 against Roberto Martinez's side, while Finland's 1-0 win over Denmark was overshadowed by the terrible events surrounds Cristian Eriksen, who thankfully is in a stable condition.

Read on for our full match preview and prediction for Finland vs Russia in the European Championship.

Our Best Bets for Finland vs Russia

Finland are bound to be buoyed by their victory over Denmark in their very first major tournament game. Even a draw against Russia would put Finland in with a great chance of qualifying for the knockout stage, against all the odds. Finland have avoided defeat in three of their last six matches but have only won once during that period, which is why we couldn't back an outright victory and favoured a double chance bet. Russia have drawn one and lost two of their last four fixtures and really didn't seem to show up against Belgium in their first group game.

Both teams have scored in three of Finland's last six international matches and they could easily have conceded a goal against Denmark, had it not been for the Dane's poor finishing. Four of Russia's last six matches have also ended with both teams getting on the scoreboard and they did show signs of their attacking ability towards the end of the game against Belgium.

Russia know they need to put in a much better performance but Finland can afford to draw this game and are likely to setup as they did against Denmark with five in midfield, in order to nullify their opponents. Russia are likely to do more of the pushing in this game and will be dangerous from set-pieces due to the extra height they have in their squad but we believe Finland will be the happier of the two sides if this game ends in a 1-1 draw as predicted.

All you need to know ahead of Finland vs Russia

Finland looking to build upon their surprise win against Denmark

Pohjanpalo scored Finland's famous goal against Denmark which secured their first-ever victory in their first-ever game at a major international tournament. Obviously, the game itself wasn't the same following Christian Eriksen's collapse, which clearly had an effect on everyone involved in the game and those watching at home and in the stadium. However, Finland did deserve their win in the end and that result has given the underdogs a serious chance of progressing through Group B but the Fins must make the most of their chances against this average Russian side.

Russia didn't seem motivated in their game against Belgium, perhaps their terrible record against the Red Devils irradicated any belief they had that they could take even a point from this game. Remember, this was a Belgium side without Hazard, De Bruyne or Witsel in the starting lineup. Russia were so bad that Zhirkov was taken off before the break and one of the first-half subs Cheryshev was later subbed in the second forty-five. Kuzyaev could miss the game against Finland if he doesn't recover from the had injury he picked up just before the hour mark against Belgium. Russia need a result but they look like a mess right now, so there is a lot of work for the coaching staff to do this week. 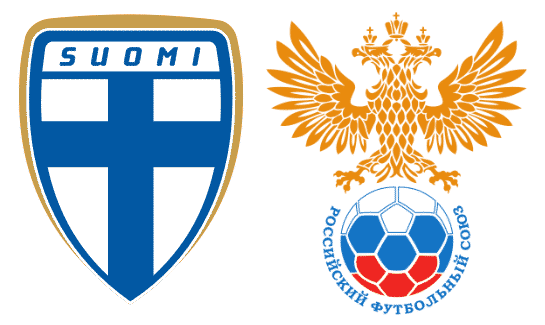