The Toffees have made a good start to the Premier League season and will be looking to continue to do so at home to Burnley on Monday night. Shaun Dyche's men secured all 3pts on their last trip to Goodison Park and the visitors will be hoping that Everton's poor form at home from last season repeats itself on Monday.

Our Best Betting Tips for Everton vs Burnley

Everton have won three of their last six games against Burnley, including two of the pair's last three meetings at Goodison Park. Rafa Benitez has started life at Everton well and after beating Southampton in the club's first home game, the Spaniard will be looking to make Goodison Park a fortress this season.

Demarai Gray has never been known for his goalscoring ability yet he has started his Everton career with two great goals and he looks hungry to prove himself as a Premier League player. Gray is certainly thriving under the guidance of Rafa Benitez and with the Toffees having a couple of players out, Gray will be key to the home side's chances of securing all 3pts against Burnley.

Everton picked up their first away win of the season against Brighton before the international break, taking Benitez's side onto 7pts and into the top six. Last season the Toffees lost at home to Burnley, as well as plenty of other sides, and the hosts will be determined to improve their record at Goodison Park in the 2021/22 campaign.

Burnley lost their opening two games of the season and then failed to hang on to all 3pts against Leeds and were made to settle for a share of the spoils, so the season hasn't started brightly for Dyche's men. However, a win at Goodison Park last season will give Burnley plenty of belief heading into Monday's match, and if they can get the first goal and upset the home fans then who knows what could happen.

Everton: The hosts will be hoping to welcome back Godfrey, Mina and James this weekend but there are doubts over the fitness of Calvert-Lewin who had to pull out of the England squad. Delph and Coleman have been ruled out of the game with shoulder and hamstring injuries respectively.

Burnley: Roberts has been ruled out of the trip to Merseyside along with Stephens and Long but Dyche will be hoping to welcome back Collins and Cornet providing they pass late fitness tests. 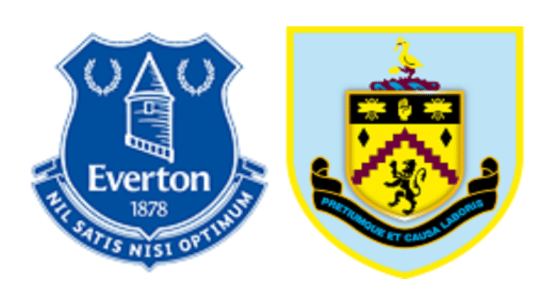