England will seal their place in the knockout stage with a win against their oldest rivals Scotland in Group D on Friday. Scotland suffered a demoralising defeat in their opening game of the tournament against the Czech Republic and now must secure a positive result against England to keep their qualification hopes alive.

Read on for our full match preview and prediction for England vs Scotland in the European Championship.

We're not expecting an action-packed 90-minutes between these two sides, with England expected to control the majority of the play. Under 2.5 goals have been produced in four of England's last five matches while three of Scotland's last five fixtures have also witnessed fewer than three goals, so you can see why we're backing under 2.5 goals on Friday.

England secured a 1-0 win against their strongest opponents in Group D, Croatia, while Scotland failed to score against one of the weaker teams in the group, Czech Republic. Scotland were the architects of their own downfall against the Czech Republic and it's hard to see them getting anything against England on Friday.

All you need to know ahead of England vs Scotland

England got their Euro 2020 campaign off to a winning start thanks to a strong display against Croatia and a winning goal from Raheem Sterling. Southgate might decide to change things up against Scotland, adding some fresh legs into the starting eleven. Philips had a fantastic game in the heart of the midfield for England and should be an automatic starter against Scotland. Harry Kane looked a little flat and didn't do much against Croatia but the goals he possesses mean he is a certain starter for Friday's game.

Scotland lost 2-0 at home to the Czech Republic but certainly created chances to score in that game and look very good in the early stages. Che Adams came on at half-time for Scotland and he had a fantastic impact on the match and has surely earned his place in the starting eleven against England. Scotland proved to be their own worst enemies against the Czech Republic, playing out when they should have simply cleared the ball and if they play in the same vein against England, it will end in tears once again.

In terms of potential goalscorers in this game, there are some clear and obvious choices. Starting with the hosts, England, Raheem Sterling finally scored a major tournament goal for England last time out and this might turn out to be his European Championship. Captain Harry Kane looked a little flat against Croatia but you can never dismiss England's penalty king.

As for Scotland, Che Adams looked very impressive when he came on against the Czech Republic and is surely in line to start against the old enemy. Fellow striker, Dykes didn't make the most of his chances in that game but he and Adams combined well in the second forty-five, while McGinn is always a threat from midfield and would love a goal in this game. 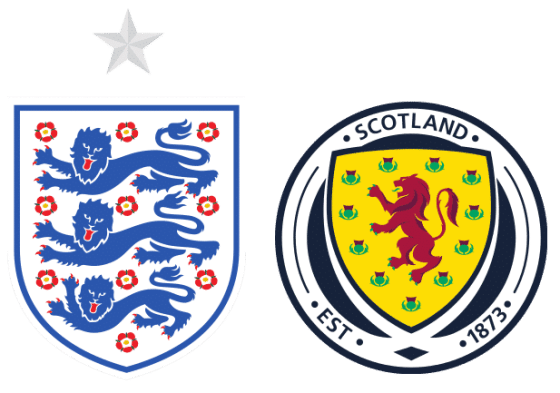