The second game of La Liga to be played on Saturday, May 14th is the Celta Vigo vs Elche duel. Although the game won't affect the standings much, it can still be an interesting matchup, so let's take a closer look at the game and what we can expect from it.

Our free betting tips and predictions for Celta Vigo vs Elche

If you need some help to choose the bet for the Celta Vigo vs Elche duel, check our favourite tips for this match:

With both teams being pretty much stuck in their positions – out of the races for Europe but safe from relegation – we can expect to see a very relaxed game that will likely feel more like a friendly match.

Despite this, we can see the home team winning this one, mostly because we expect Celta Vigo to want to say goodbye to the season with a win in front of their fans. We also consider Celta Vigo to be the better team, so we would back them up in this game.

Four of the last five head-to-head duels between Celta Vigo and Elche have gone under 2.5 total goals and we can see that being the case once again on Saturday.

The latest stats and odds for Celta Vigo vs Elche

If you are looking for the latest odds and stats for Celta Vigo vs Elche, you can check them out right here:

While these two teams are safe and sound in the middle of the standings, we can still see an exciting duel. So, here's a closer look at both teams:

With two wins, one draw, and three losses in the last six La Liga games, Celta Vigo is not in such a great form. But the team has been pretty much stuck around the middle of the standings for a while, so they've been playing the season out basically and that certainly affected their performances. In any case, the team is pretty much where they were expected to be at the start of the season.

When it comes to team news, Hugo Mallo, Carlos Dominguez, and Nolito will all miss the next game through injuries. Otherwise, the team is in good shape.

After the results of last round, Elche is now officially out of any relegation worry and they will be playing in La Liga next season as well. The team has two wins, one draw, and three losses in the last six matches in the league, which was enough to keep them out of trouble and allow their fans to have a stress-free end of the season.

In addition to this, Elche has no injured or suspended players at the moment, so they'll be able to send their best team against Celta Vigo in the next game.

Q & A for Celta Vigo vs Elche 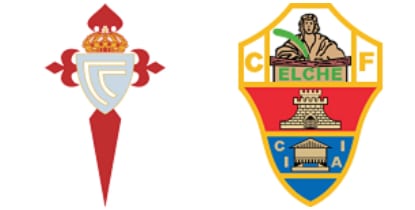