Goalkeepers are supposed to be crazy, yet Dino Zoff – one of the all-time greats in the role – was anything but. Stoic, calm and wholly unflappable, he was a perfect leader for club and country for decades.

Growing up in the north-east of Italy, he was often described as typically modest and hardworking – as many inhabitants of that region are – and he needed to be as his career progressed.

Trials failed to impress both Inter and Juventus, meaning he would start out with the likes of Mantova and Udinese rather than one of the peninsula’s bigger clubs. However, it soon became clear Zoff was destined for greatness, a destiny which came to pass in one glorious summer just as his playing days came to an end. 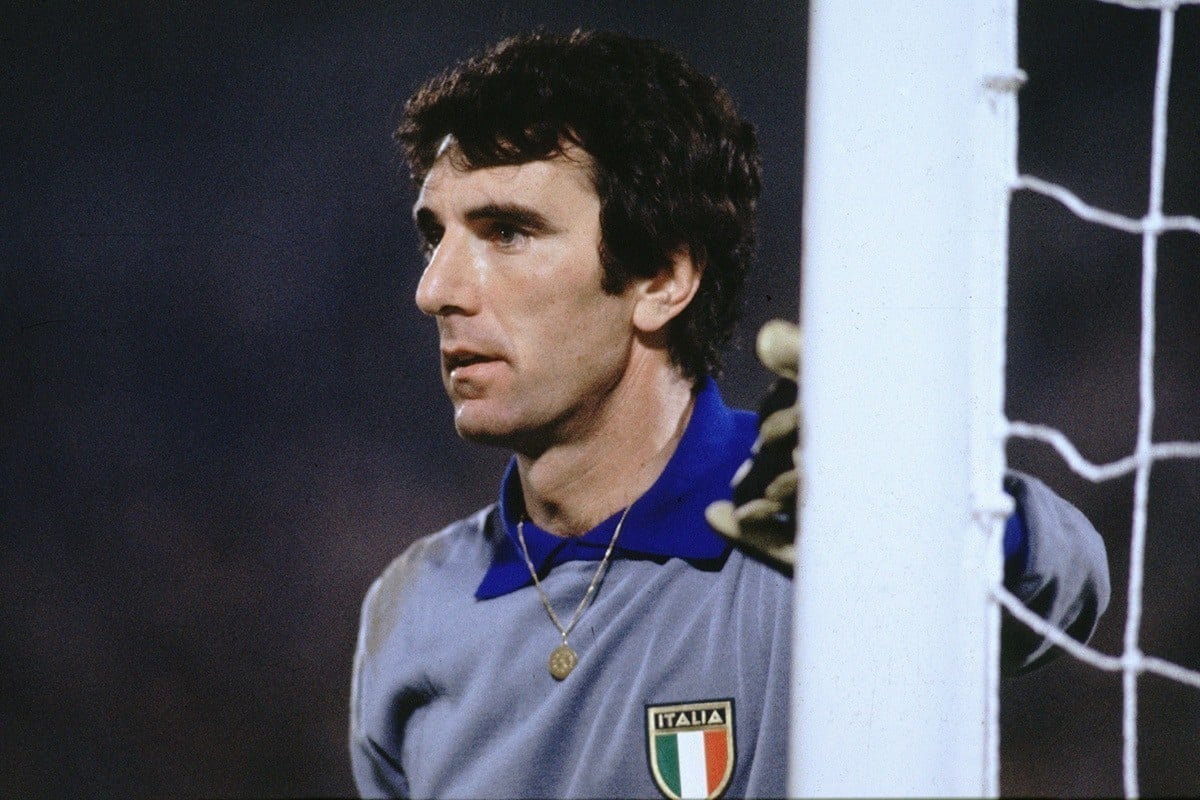 As he took up goalkeeping, Zoff's obvious talent was overshadowed by constant concerns over his lack of height. It was an issue members of his family took turns to address. His father told him pursue a different career, urging his young son to become a mechanic instead of a footballer. His grandmother fed him eight eggs a day from her farm in an attempt to boost his height.

Five years after those failed trials, Zoff had grown by 13 inches and finally made his Serie A debut. It did not go well. The Zebrette were blown away 5-2 by Fiorentina, a result which indicated just how difficult the campaign would be. It ended with the Friulian side relegated to Serie B.

Zoff helped Udinese bounce back before immediately moving on, first to Mantova and then Napoli where he would earn national recognition. In doing so, he exhibited a growing sense of security and radiated calm to the defences ahead of him.

Rather than showing off his ability, however, Zoff was far more concerned with being effective despite being a clearly gifted athlete who maintained excellent physical condition throughout his career. That, combined with a burning desire to constantly improve, saw him continually stand out and prompted Juventus to sign him in the summer 1972.

By then, Zoff had already helped Italy win the 1968 European Championships and represented the Azzurri at the 1970 World Cup, but the move to Turin saw his career move to an even higher level. In eleven years with the Bianconeri, Zoff won the Serie A title six times, the Coppa Italia twice and the UEFA Cup once.

In 1973  he was voted second for the Ballon d'Or despite losing the European Cup Final, his performances helping the Old Lady to a domestic double and also a runners up spot in the Intercontinental Cup. He would never help the club clinch that trophy however, but did set a series of records that would see him stand out as a truly iconic player that will never be forgotten.

His 330 Serie A appearances with Juventus were all made consecutively – a club record – while only six players have represented the Old Lady on more occasions. Yet as his career was drawing to a close, it was then that he shone brightest, the 1982 World Cup providing a nation with memories they will cherish forever. 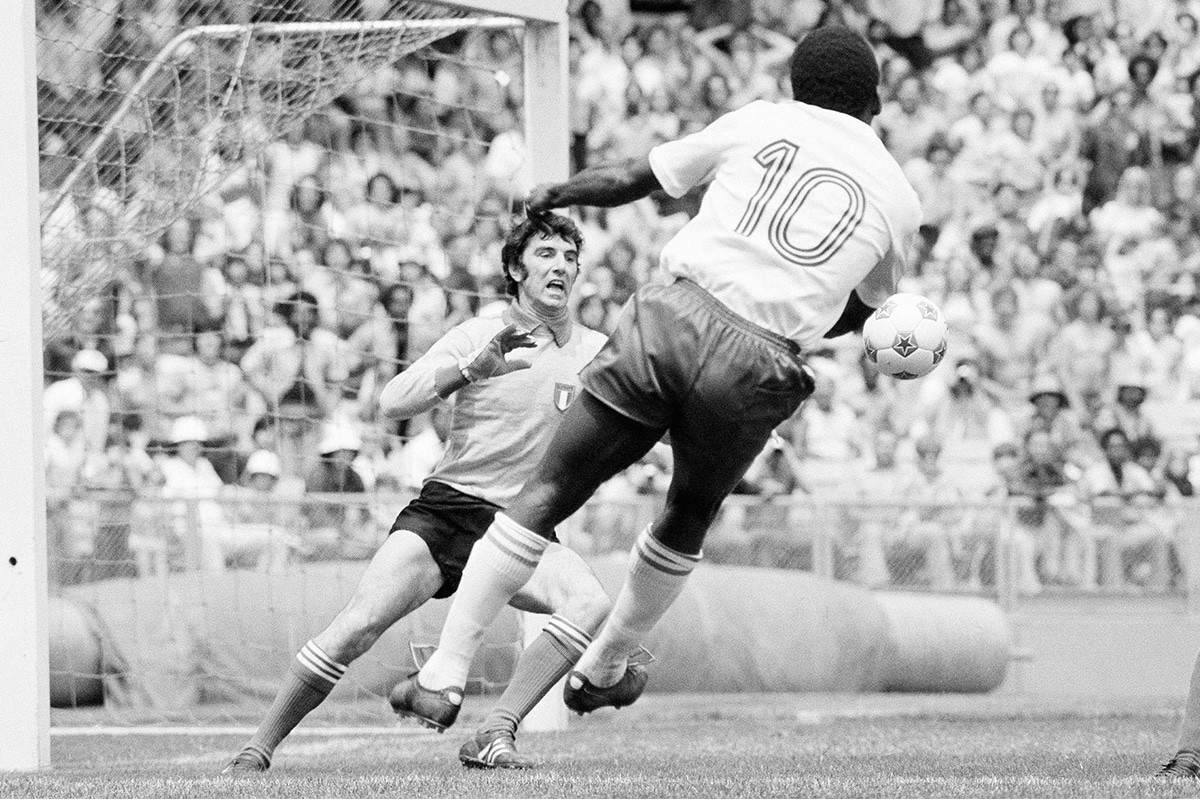 Before that tournament, Zoff’s Italy career after lifting the Euro ‘68 crown had been a series of huge disappointments. In 1974, he was helpless to prevent the Azzurri crashing out in the first round despite having set an international record before the finals by not conceding an international goal in 1,143 minutes

Haiti ended that run in the opening game, but four years later they would begin in much more impressive fashion by beating Argentina, France and Hungary. Yet, in the second-round, Zoff was embarrassed by a 30-yard strike from Dutchman Arie Haan, then again by Nelinho meaning Brazil clinched third place.

Despite having already turned 40 and battling arthritis, everything went Zoff’s way in 1982. Italy famously struggled through the first round with three desperate draws. They then shone in the second phase by beating Argentina and Brazil. Their 2-1 triumph over the former went largely without incident, while Paolo Rossi bagged a hat-trick against the latter but needed a spectacular stop from Zoff to deny Cerezo and clinch a 3-2 win.

With Rossi now in form, Zoff was little more that a spectator in the 2-0 semi-final win over Poland and the 3-1 victory against West Germany in the final. Captaining Italy to their third World Cup triumph made him the oldest winner of the World Cup, following in the footsteps of compatriot and former Juve man Gianpiero Combi (1934) as only the second goalkeeper to skipper a World Cup victory.

“He always held back both out of modesty and respect for his opponents,” Azzurri boss Enzo Bearzot said at the time. “But at the end of the Brazil match, he came over to give me a kiss on the cheek, without saying a single word. For me, that fleeting moment was the most intense of the entire World Cup.”

That Italy side is widely regarded as the finest the nation ever produced, and Zoff’s role cannot be understated. “He was the only one who truly represented the team,” tournament top scorer Rossi said later. “He was an example to all of us.” It was a position he held for years afterwards, a standard by which all other goalkeepers were measured and one that almost everyone fell short of.