Czech Republic caused the biggest shock of Euro 2020 so far when they dumped the Netherlands out of the competition in the last 16. Denmark have gone from strength to strength since their opening day defeat against Finland, thrashing Wales 4-0 in the last round and scoring 8-goals in their last two matches.

Read on for our full match preview and prediction for Czech Republic vs Denmark in the European Championship.

Both the Czech Republic and Denmark have only failed to score in one of their four matches at the Euros so far and we're backing both teams to score on Saturday. Both teams have scored in three of the last six meetings between these two countries and both teams found the back of the net in three of Denmark's last six international matches.

As mentioned above, five of the last six meetings between these two nations have ended all square, three of which ended 1-1. Czech Republic haven't conceded more than one goal in any of their last five fixtures, while Denmark have scored in all bar one of their last six international matches and with this being a quarter-final, we're sure its going to be tight and tense throughout.

The Czech Republic welcomes Jan Boril back to the squad after he served a one-match ban and there is also good news for Denmark, as Yussuf Poulsen, Simon Kjaer and Daniel Wass are fit again and could start in the quarter-final against Denmark. Vladimir Darida and Jakub Jankto both dropped to the bench for the win over the Netherlands but could return to the starting lineup if fresh legs are required in the Czech eleven.

Czech Republic have really surprised pundits at Euro 2020, not just by getting through their group but also by how well they have played. In Patrik Schick the Czechs possess an all-round striker in great form and most importantly, full of confidence. Schick scored his fourth goal of the tournament in Czech Republic's 2-0 win over the Netherlands in the last 16, a fantastic result that not many pundits saw coming. The Czechs have also looked strong at the back, only conceding two goals, and play very much as one unit, so should prove difficult to beat this weekend.

Denmark have started scoring goals and some of their fans have started to believe that their side could repeat the feet 1992 and go all the win and win Euro 2020. The Danes have scored four goals in each of their last two fixtures, beating Russia 4-1 in the group stage and hammering Wales 4-0 in the last 16. However, Czech Republic should provide a much sterner opposition on Saturday as they aren't a team that gives away goals cheaply and Denmark will have to watch their hubris ahead of a game that they have been classified as the favourites to win.

In terms of goals, Schick is the man that Denmark must mark closely in and around the box, just ask the Scotland players. Coufal is always a danger on the right-hand side with his crosses into the box, while his West Ham teammate Soucek carries a goal threat despite not yet scoring at Euro 2020.

Denmark captain Kjaer has had a really good Euros and he will be vital in Denmark's attempts at making it through to a second final. Right-footed left-back Maehle has already shown his ability to get forward and score goals, so the Czechs will have to keep an eye on the Atalanta defender. Damsgaard is the bright young hope in this Denmark side and he can create goals as well as score them, while Dolberg looks like he is back to the kind of form that made his name at Ajax. 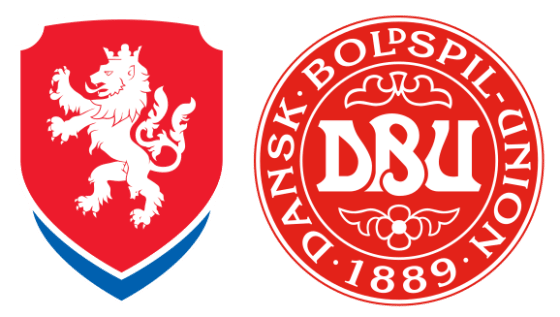