Crystal Palace will be viewing this fixture as the perfect opportunity to return to winning ways following a run of three games without a victory. West Brom are managed by former Palace boss Sam Allardyce but there won't be any love lost this weekend as the Baggies are in desperate need of points.

Crystal Palace have won five of their last six encounters with West Brom, including the 5-1 victory in the pair's reverse league fixture back in December. Crystal Palace sit six places and 16pts clear of West Brom in the Premier League table and have outplayed their guests so far this season. The Baggies have lost three of their last four games on the road.

Under 2.5 goals have been produced in five of the last seven meetings between the Eagles and the Baggies. Three of Crystal Palace's and each of West Brom's last six outings have also produced under 2.5 goals, so you can see why we have predicted a tight and tense affair between the two clubs this weekend.

Crystal Palace's dip in form coincided with their star player being out injured. Wilfried Zaha top scores in the league for Palace with 9-goals and has also chipped in with 2 assists. Five of the Ivory Coast international's goals have come at Selhurst Park.

Crystal Palace suffered a 4-1 defeat in their last game away at Tottenham and will have to put that result behind them ahead of an important game this weekend. Palace haven't won since beating Brighton 2-1 away last month, drawing their next two matches 0-0 before losing at Spurs. Zaha was on the bench for that defeat to Spurs and Roy Hodgson will be looking to get his main man back into the starting lineup against West Brom.

The Baggies could only manage a goalless draw at home to fellow strugglers Newcastle last time out and have now failed to score in four of their last six matches. However, Allardyce has tended to his side's leaky defence and now West Brom have only conceded more than one goal in one of their last six matches in the Premier League. Allardyce will be setting up defensively once again this weekend and if his team does take the lead, they are likely to try and defend it through to the final whistle.

Palace will be without the injured James McArthur, Nathaniel Clyne, Tyrick Mitchell, Nathan Ferguson, Mamadou Sakho, James McCarthy, Wayne Hennessey and James Tomkins this weekend, so Hodgson is down to the bare bones but Zaha made a welcome return from injury last time out. West Brom made it through the Newcastle game without picking up any injuries or suspensions. 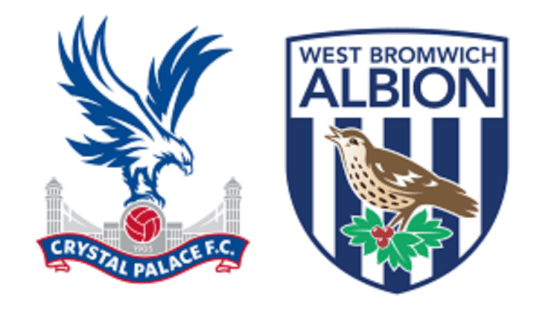