Crystal Palace host Burnley in the Premier League this weekend and we're expecting a close and competitive 90-minutes between the pair. Both clubs head into the game on the back of impressive wins that should see the morale levels boosted in both camps.

Under 2.5 goals have been produced in four of the last seven meetings between these two sides in the Premier League. Four of Crystal Palace's and five of Burnley's last six outings in all competitions have witnessed under 2.5 goals scored, and we're expecting another lowing-scoring affair on Saturday.

Burnley could move out of the bottom three this weekend

Crystal Palace put in one of their best displays of the season away at Watford in midweek. Mateta put the visitors 1-0 up in the 15th-minute but Watford equalised shortly after through Sissoko. The Eagles restored their 1-goal advantage before the break via the returning Gallagher and in the second half, Zaha scored twice in the last 5-minutes to wrap up a 4-1 victory. Palace moved onto 29pts for the campaign with that result and above Leicester.

Burnley would have been expecting a really tough game at home against a Tottenham side that beat Man City at the weekend. However, the pair went in goalless at the break and the match very much went to plan for the hosts. Ben Mee scored a rare goal in the 71st-minute and Burnley stayed strong to secure a vital 3pts in their bid to escape relegation. A win this weekend and Burnley could move above Everton, Newcastle and Leeds, providing all lose their games.

Crystal Palace: Ferguson, Guaita and Ward look set to miss out this weekend due to injury.

Burnley: Vydra and Gudmundsson have been ruled out of the trip to Palace, while Westwood, Cornet and Taylor could all miss out.

Crystal Palace vs Burnley: Your Questions 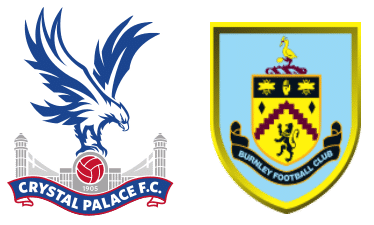