Croatia suffered a narrow defeat to England in the opening round of matches in Group D and now they need a win against Czech Republic to get themselves back into the race for the top two positions. Czech Republic ran out 2-0 winners against Scotland and would be happy to take a draw against Croatia .

Read on for our full match preview and prediction for Croatia vs Czech Republic in the European Championship.

Croatia have plenty of motivation for the 3pts and their history against the Czech Republic will give them great confidence heading into Friday's clash. Croatia have won two and drawn one of their three previous encounters with the Czech Republic and on paper, the Croatians have the better of the two squads and are more experienced at this level of football.

Games between these two countries are often closely fought and we're certainly not expecting Croatia to cruise to victory on Friday. Croatia have only scored more than two goals in one of their last six matches, while the Czech Republic have only failed to score in two of their last six outings.

Croatia need a win while Czech Republic would take a draw

Croatia didn't offer a great deal going forward against England, eventually losing 1-0, but that was mostly down to England's defensive ability and control of the play. The Czech Republic won't be expected to control the game against Croatia and we're expecting to see far more from the likes of Perišić, Kramarić, and Rebić on Friday. Vlasic came off the bench against England and he offers Croatia a little something different as he has pace, he's direct and you can never quite tell what he is going to do, so he could start against the Czech Republic.

Scotland gave the Czech Republic a good game but in the end, the difference between the two sides was the ability to finish their chances. Schick got his Euro 2020 campaign off to a fantastic start with two excellent finishes. The first goal was a towering heading into the bottom corner and the second was something quite special, as the striker spotted the Scotland goalkeeper off his line from just inside the opposition's half he curled the ball over the head of the stranded Marshall. One of the best-ever goals in the history of the European Championships. Following that result, the Czech Republic are likely to line up with the same starting eleven as they search to secure progression through to the knockout stage.

Croatia are expected to go with the same system and starting eleven that lost 1-0 to England in the opening round of group games. Croatia's creativity was nullified by the English in that match and there are thoughts that Brekalo, Vlasic, or Petkovic could be brought into the starting eleven, but we expect Dalic to give the original players another chance.

The thoughts from the Czech Republic camp will be, why change a winning formula? and with that in mind, we're expecting the Czech Republic to line up in the same 4-5-1 formation and starting eleven that helped secure a 2-0 win against Scotland. Schick scored two great goals in that game and will be full of confidence heading into the Croatia game. 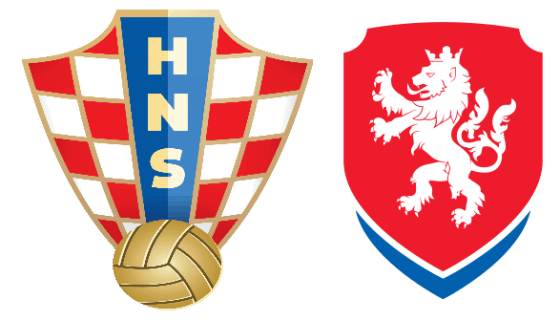