Cremonese go in search of their first points of the new Serie A season at the fifth attempt when they play host to Sassuolo. The visitors have had an average start to the campaign but do head into Sunday's clash as the favourites to secure all 3pts.

We're backing the hosts Cremonese to get their first points on the board this weekend when they play host to Sassuolo. Cremonese have won three of their last four competitive and non-competitive encounters with Sassuolo and have picked up one win and suffered one narrow defeat at home this season in league and cup, while Sassuolo have lost two and drawn one of their three away trips.

Both teams have scored in three of the five previous meetings between Cremonese and Sassuolo, and we're predicting more of the same on Sunday. Five of Cremonese's last six outings have ended with both teams getting on the scoreboard and the same can be said for three of Sassuolo's last six fixtures, adding further weight to our second prediction for this weekend's match.

Everything you need to know about Cremonese vs Sassuolo

Cremonese had to travel to Inter Milan earlier in the week for what was always going to be a huge test for the newly-promoted side. Inter went in at the break 2-0 up and scored a third goal in the second half to end any faint hopes of a Cremonese comeback. The visitors did manage to get on the scoreboard themselves in the last minute of the 90 when Okereke put the finishing touch on an Escalante pass.

Sassuolo had to put in a strong defensive display at home to AC Milan on Tuesday night, which they did, but missed a big chance to open the scoring and possibly win the game altogether. The match ended in a goalless draw but only because Berardi failed to convert a 22nd-minute penalty and Sassuolo had to settle for a share of the spoils.

Cremonese: Dorian Ciezkowski has a back injury and won't feature against Sassuolo.

Sassuolo: Hamed Junior Traorè and Mert Müldür are both sidelined and won't make the trip to Cremonese. 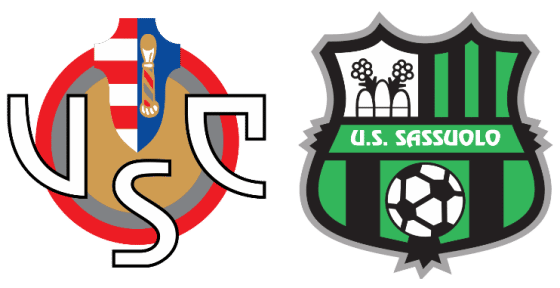