With only two games of the current campaign left, Salford will be making a last-ditch effort to keep its promotion play-off spot versus Colchester. This article will provide you with the best free betting tips for this game, as well as the best odds.

After thoroughly analyzing the game at hand our team of experts came up with the following betting tips:

Always remember that the odds are subject to constant change without notice. You should check your betslip carefully before finalizing your bet to avoid unexpected wagers. Our recommended bookmaker for this match is Ladbrokes.

The ranked 7th Salford is the clear favorite versus the 21st in the league table. Also, as we previously mentioned in the introduction, Salford is looking to hold onto the playoff spots which means they need the 3 points against Colchester without hesitation. The visitors sport the best defense in the entirety of League Two with just 33 goals conceded in 44 games, which makes Colchester's task to mess up Salford's plans extremely challenging.

Despite being outgunned and up against the most consistent defense in the league, it's important to point out that Colchester has a great form at home. The club's overall Goal Difference is –18 with 43 GF and 61 GA. However, at home, the U's have scored 31 of their 43 total goals and conceded just 26. This may really fast lead to a scenario in which both teams get on the scoreboard.

The hosts’ last 10 matches have seen only 4 games finish with more than 2 goals, while the visitors have only a single game in their last 10 that has had 3 or more goals. In direct clashes between each other, 67% of the cases have resulted in under 2.5 goals.

Colchester vs Salford: Check out the latest stats and odds.

In this part of the article, you can find the latest stats for this game visualized as well as a selection of the best odds.

Will Salford secure their campaign with a win against Colchester?

Historically, The Ammies have never won against Colchester, but the circumstances surrounding this match-up seem to point towards their first victory over this opponent. At a time of the season where it's ”do or die”, Salford will go all out in pursuing the three points against the U’s.

Colchester's remarkable form at home shouldn't be overlooked though. The hosts will hold onto their own, and the fact that they remain unbeaten by Salford should act as a significant confidence boost. The sole issue may be Colchester's motivation. The club is safe from the relegation zone and has nothing to play for, which may be what Salford will look to take advantage of. 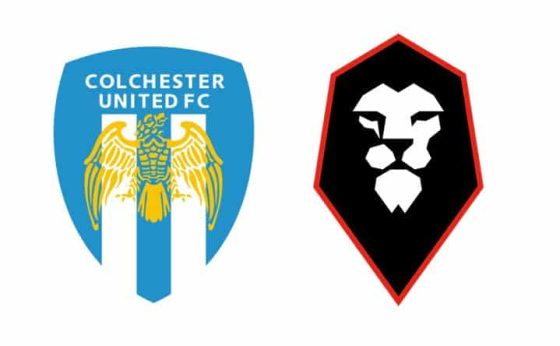