Chelsea will be keen to make up for their FA Cup final defeat last season and they head into their quarter-final against Sheff Utd as the big favourites to progress into the next round. Sheff Utd have nothing to lose this weekend as nobody expects them to win, especially against Tuchel's unbeaten Chelsea side that has such a solid defence.

Our Three Top Predictions for Chelsea vs Sheff Utd

Under 2.5 goals have been produced in each of Chelsea's last six matches in league and cup, as well as in four of Sheff Utd's last five outings. Chelsea haven't scored more than two goals in any of their last six games, while Sheff Utd have failed to score in five of their last six outings in the Premier League.

Tammy Abraham missed Chelsea's midweek Champions League win over Atletico Madrid with an ankle injury but could be back in action for the FA Cup quarter-final against Sheff Utd. Abraham has netted 4-goals in the FA Cup this season, more than any other Chelsea player. Tuchel doesn't seem totally convinced that Abraham can lead the line for Chelsea on a regular basis but the FA Cup provides the perfect situation for the German manager to test his young English striker.

Chelsea vs Sheff Utd: Every stat you need for Sunday's match

Chelsea the big favourites to beat the Blades

Chelsea have already claimed the domestic double over Sheff Utd this season, winning 2-1 away and 4-1 at home, so you can see why they head into this FA Cup quarter-final clash as the clear favourites to progress. Tuchel recorded yet another fine win in midweek as Chelsea knocked the La Liga leaders out of the Champions League, maintaining the German's unbeaten record since taking over from Frank Lampard. Chelsea have won four of their last six matches in all competitions and have kept clean sheets in each of their last six outings, highlighting just what a tough task the Blades have on their hands this weekend.

Sheff Utd have been struggling for results as well as goals in recent weeks, so it is no wonder they are expected to crash out of the FA Cup on Sunday. The Blades look destined for relegation from the Premier League this season, so the FA Cup remains their one and only chance of claiming some unexpected silverware this season, but the odds are well and truly against them this weekend.

There remain doubts over Tammy Abraham, Thiago Silva and Andreas Christensen for the home side, but none have been ruled out of this weekend's FA Cup tie. John Egan, Sander Berge, Jack Robinson, Jack O'Connell, Jack Rodwell and David McGoldrick could all miss the trip to Stamford Bridge for the visitors through injury.

FAQ about Chelsea vs Sheff Utd 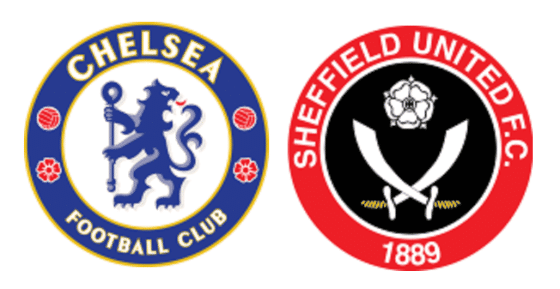