Charlie George should have gone on to have a glittering football career, but if anything he is seen as something of a wasted talent whose time in the game was blighted by constant battles with his teammates, opponents, fans and those who ran the game. In fact, all the ingredients needed to become the ultimate football maverick.

Along with David Bowie and Donny Osmond, nobody else epitomized 1971 more than Charlie George, the likeable rogue with the pop star haircut and attitude to match, who cemented his place in Arsenal folklore by scoring the winning goal in that year’s FA Cup final over Liverpool and securing the club’s first ever league and cup double.

Strong, yet graceful, not to mention a passer of the ball as good as anyone around at that time, Charlie George was born to enjoy the limelight and became an instant hero to those who flocked watched him.

Like many footballers of the era, George had something of an edge about him and often courted controversy even when it seemed easier to stay out of bother. His confrontational nature very much made him “one of us,” but in the end, his unpredictable ways would result in a career that many felt didn't live-up to the huge expectations placed upon him.

Born in Islington in October 1950 he made his first trip to see the Gunners play at Highbury almost before he could walk. He was instantly hooked and would become a regular on the North Bank for the next 10 years, following his team home and away before eventually playing for his boyhood club.

George was forever getting into scrapes, even at an early age, and his fierce and sometimes violent demeanour eventually saw him being expelled from his local Holloway Comprehensive School.

This just so happened to be the very same school where his future teammate and Arsenal goalkeeper Bob Wilson was a sports teacher. Wilson later explained that George referred to him as “sir” or “mister,” greeting him instead with a casual, “aright Bob?”

He may have had no time for authority but his natural footballing talent meant that he soon found himself playing for the Islington Schoolboys side, and then the Arsenal academy side at the age of just 16. It wasn’t long before he began training with the first team where he immediately impressed, not just with his skill and ability, but a very adult sense of humour too. 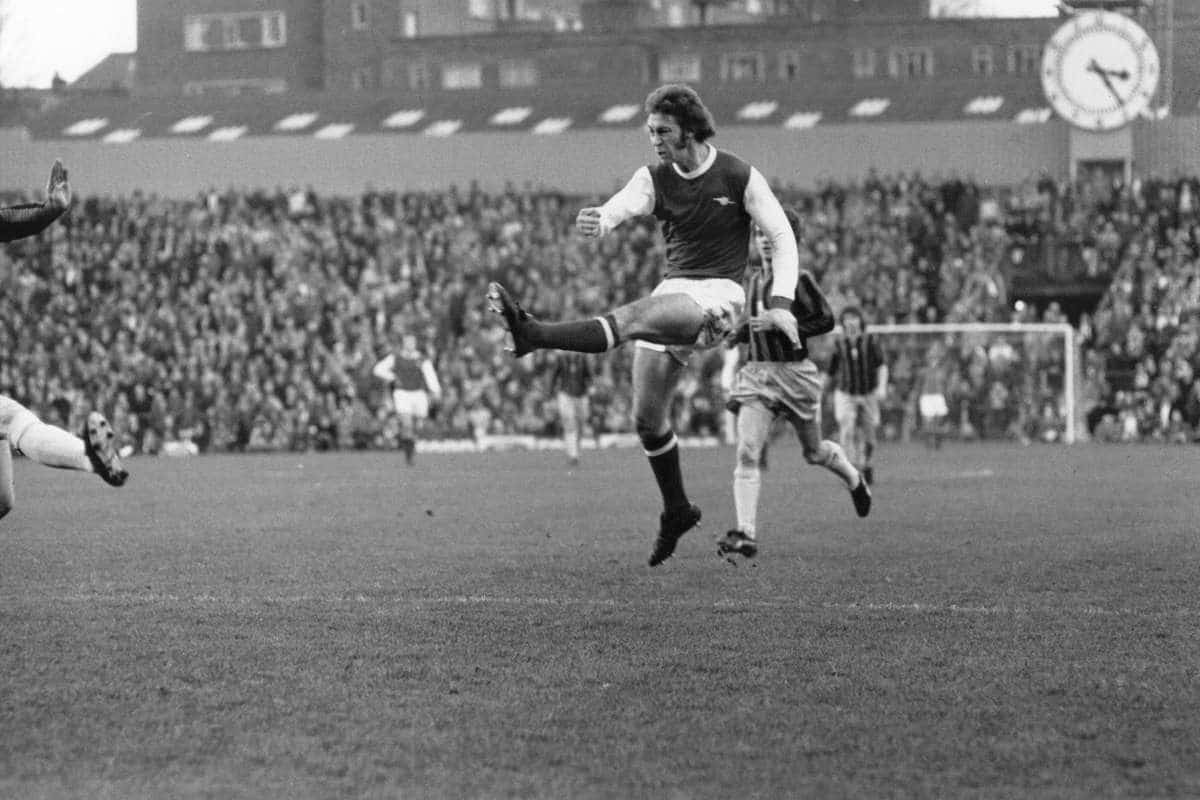 Then captain Frank McLintock recalls that the young George would often call senior professionals “w**kers” in the dressing room or on the training pitch and rather than offending them his actions instantly endeared him to the senior pros who had a soft spot for his impish cheek.

Despite forcing his way into the reserve side, George still struggled to follow orders and even called in sick so that he could go and watch the first-team in an FA Cup tie rather than attend training. Even so, is attitude appeared to have no impact on his progression and he made his first team debut in the opening fixture of the 1969-70 season, taking just two games to open his goal scoring account.

Unsurprisingly George’s attitude didn’t always go down too well with strict disciplinarian Bertie Mee, who claimed he wanted to ”bring him on carefully” so that the young player’s career wasn’t “destroyed by over-exposure in the press and on television.” Mee often dropped him to the reserves for long periods at a time, but George didn't seem to care.

In his first full season George cemented his position as a North Bank idol thanks to playing a supporting role in Arsenal’s Fairs Cup win of that season, a success which finally saw them end a 17 year long quest for a major trophy.

He scored a key goal against Dinamo Bacau in the Quarter Final and even made a lasting impression on the great Johan Cruyff after his performance in the 3-0 demolition of Ajax in the semi final at Highbury.

And it didn't end there. After such an impressive performance George maintained his place in the starting line-up and went on to impress in both legs of the Final, which they won against Belgian side Anderlecht.

It just so happened that Charlie George’s arrival on the scene coincided with a golden period for the English game. Colour television was a relatively new concept and more-and-more games were now being broadcast into millions of households, either on Saturday nights or Sunday afternoons, meaning he became as much a high profile celebrity as a top footballer.

Just like many of the big names of the game at that time he grew his hair, not to mention a huge pair of sideburns, and many thought it was an effort to mimic the many music icons who were so influential at the time; though he was always quick to dismiss his status as a dedicated follower of fashion. “I played football with me head, not my hair,” he would later claim.

As well as rubbishing his status as a fashion guru, George didn't care much for the fame and adulation that came with being a football superstar either. Such were his nerves he was often violently sick before games due to what can only be described as stage fright. And he wasn't one for the ladies. He married his childhood sweetheart at the age of 19; often ducking out of nights in the pub with the lads, choosing to go straight home to his wife instead.

Ont the pitch, though, George oozed confidence and more than a little arrogance, which brought with it a sense of optimism to Highbury that had been absent for so long. But a broken ankle at the start of the 1970-71 season would see him on the sidelines until January, by which time his position in the side was under threat from Ray Kennedy. 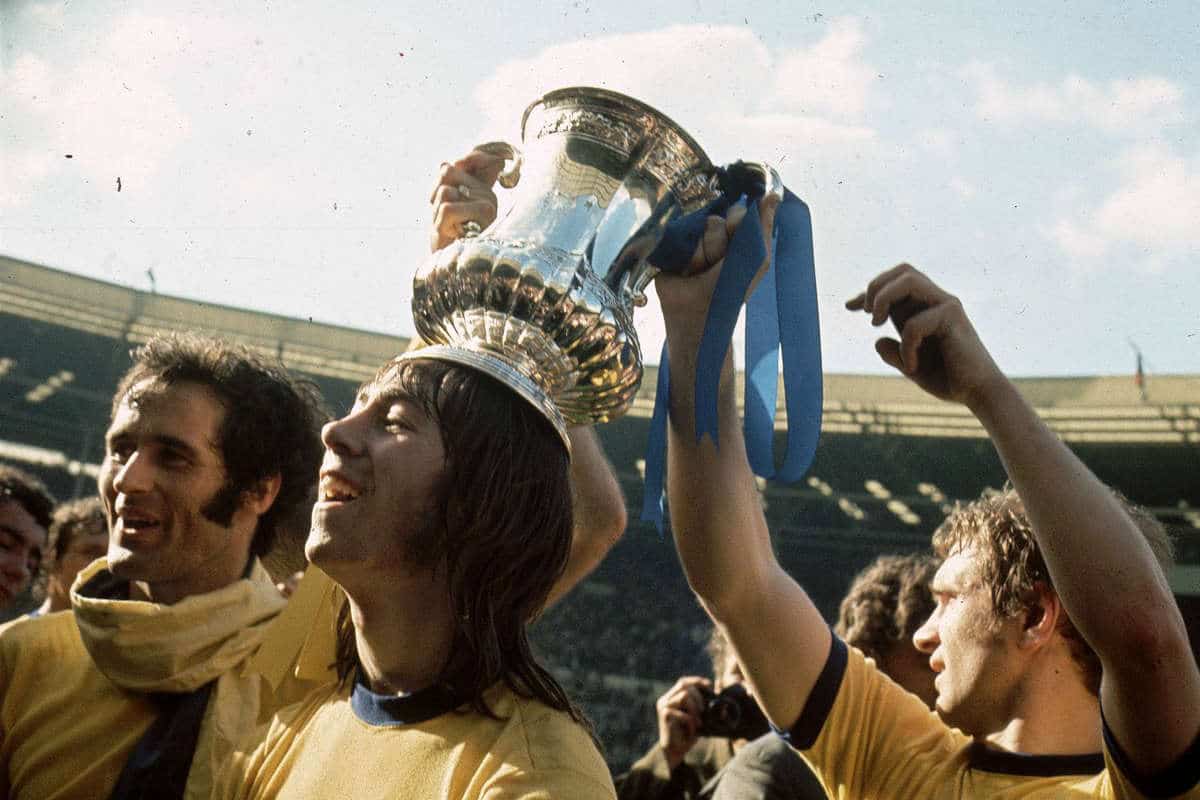 In an effort to get back into the team he adopted more of an attacking midfield position and in true Charlie George fashion he took to his new role like a duck to water in a season which would see him elevated to hero status among the Arsenal hoards.

Relishing the new ‘free role' that he had been given, George scored five league goals in 17 games following his return an was also prolific in the FA Cup, scoring in the Fourth, Fifth and Sixth rounds. A memorable display against Manchester City in the quarter final saw him almost single-handedly destroyed the Blues on their home ground.

There was little change in his temperament though, and George remained an agitator at heart. At St James’ Park against Newcastle United in a crunch league game in the April of 1971 he clashed with the Magpies’ captain Bobby Moncur having been kicked from pillar to post the whole match. Lifting him up by the collar George told him in no uncertain terms never to kick him again, before scoring the game’s only goal just moments later.

Without doubt George’s finest hour came in the FA Cup final of that year. Having wrapped up the league title thanks to Ray Kennedy’s goal at north London rivals Tottenham Hotspur in a Monday night thriller, which saw 20,000 fans locked out of the ground, Arsenal faced Bill Shankley's Liverpool in the final just five days later as they attempted to write themselves into the history books and secure the double.

Unusually George was anonymous for most of the game, although he did come close with a long-range effort in the first-half, while George Graham had a chance to win it for Arsenal late-on. But both teams began to wilt on a blisteringly hot day at Wembley and the game predictably went into extra-time.

Within 60 seconds of the restart, Liverpool's Larry Lloyd found Steve Heighway on the left-hand edge of the area and his opportunistic low drive somehow beat Bob Wilson at his near post. Seconds later it could have been two but for a smart save from Wilson after a John Toshack effort.

Arsenal found a way back, however, as a flick from John Radford caused mayhem in the Liverpool box and Eddie Kelly became the first substitute to score in an FA Cup final; forcing the ball home from close range with George Graham making absolutely sure.

Arsenal coach Don Howe had decided to move George upfront in extra time in a desperate effort to snatch the game, but he quickly ignored that instruction and on 111 minutes collected the ball on the edge of the Liverpool  area before smashing an unstoppable shot past Clemence.

George had won the Cup and sealed the ‘Double' for his team and the club he supported as a boy. The idol of Highbury’s North Bank revelled in the finest moment of his career by lying on his back on the Wembley turf, arms outstretched in a Christ-like pose as he waited for his team-mates to pull him to his feet.

But in typical fashion he took most of the romanticism out of one of the most iconic images in FA Cup final history, claiming later that: “I fell down because I didn't have another drop of energy left in me. I wasn't thinking that I ought to do something that people will remember. I was just f***ing knackered.”

That moment would be as good as it would get for George. The following season saw ill-discipline continue to haunt him and he was disciplined twice by Mee, first after head butting Liverpool's Kevin Keegan, and then running down the touchline showing two fingers to Derby County supporters after he'd scored at the Baseball Ground. 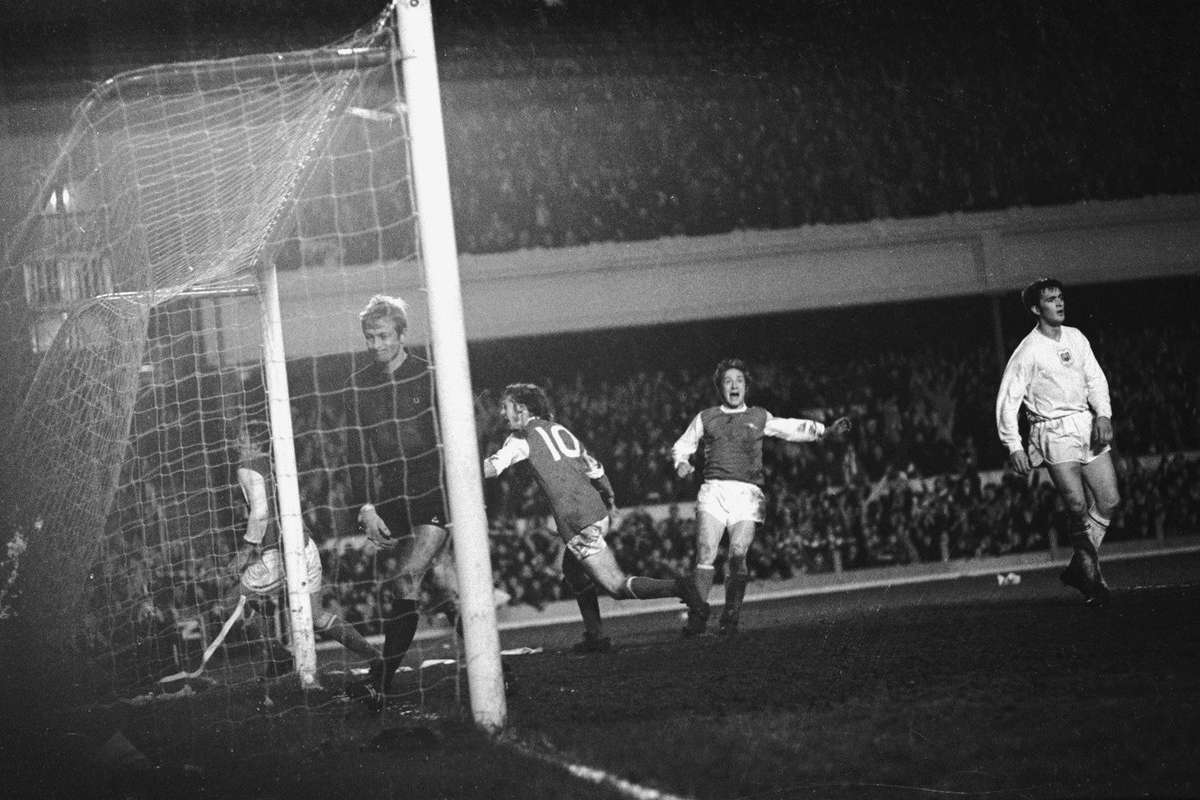 The rift between George and the club was becoming untenable and as a result he lost his form, scoring only five goals in the 1973-74 season. He soon found himself dropped and the following year was placed on the transfer list.

Charlie openly admits that he was all set to move to Tottenham, claiming that any fall-out from the transfer wouldn't have fazed him one bit. Eventually, though, he did get his move, but to Derby County — managed by Dave Mackay — who payed a knock-down price of just £100,000 for a player in desperate need of a change.

George had an excellent first season at Derby, arguably his best since that of 1971. He even got called up to the England team, playing an hour against the Republic of Ireland, but even that ended on a sour note due to a spat with manager Don Revie as he was brought off.

From that moment on, his career was distinctly anti-climatic. Brian Clough did finally sign the man he had been courting in the early stages of his career, taking him on loan for a cameo appearance in Forest colours, but it was brief and in truth, George was the shadow of his former self by the age of 30.

He then pursued a career in the Sates, signing for the Minnesota Kicks in the North American Soccer League and scoring nine goals in his 18 games for the club. Then came spells with Southampton, Bournemouth and Brighton, before he ended his playing days in Hong Kong.

Nobody could deny that Charlie George had flair, but all too often it went missing and usually when he needed it most. Meanwhile, the discipline and focus that most professionals need in order to succeed resulted simply wasn't there

Like all great mavericks George was a flawed genius; but to Arsenal fans, particularly those who watched the thrilling climax to the 1970-71 season, not to mention that goal against Liverpool at Wembley; he will always be remembered as a legend. 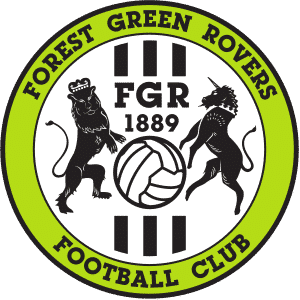 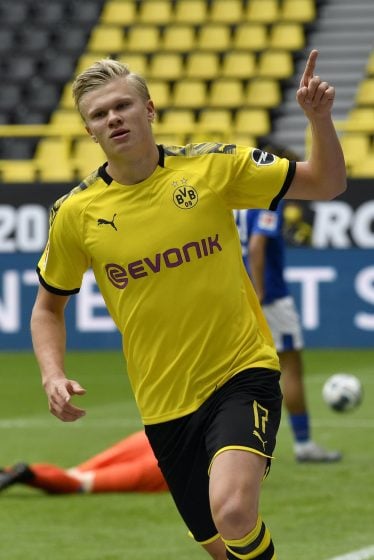