If you want to see all the best betting tips and odds for the Cardiff vs Rotherham fixture on Saturday, then continue reading this article.

Latest Odds and Betting Tips for the Cardiff vs Rotherham Fixture

In the list below, we have listed the top predictions and betting tips for the Cardiff vs Rotherham Championship match, which will be on Saturday.

Our recommended bookmaker for this match is Ladbrokes. If you want to place any of these wagers, make sure that you double-check the odds for all markets because they can change at any moment.

Cardiff has had BTTS situations in four of the last five games they played and in 49% of their Championship games. Rotherham has had only two BTTS games in the last five, but the last head-t-head between the clubs ended with both of them scoring.

Harry Wilson isn't a forward, but a midfielder, so it's not like he is Cardiff's top scorer – he only has seven goals and eleven assists, which makes him the second-best scorer for Cardiff. Only Kieffer Moore has more goals than Wilson, but he helped in those situations, too. In the last fixture against Birmingham, Wilson scored three goals, which is impressive.

Head-to-Head Statistics for the Cardiff vs Rotherham Fixture

Check out the statistics for the Cardiff vs Rotherham matches listed in the tables below, to find reason in our betting suggestions and predictions.

Cardiff will most likely take three points in the upcoming fixture against Rotherham, especially since they will be playing at home where they have lost only 30% of the last ten games played. Cardiff also has ten injured players, but even without them, they seem to be keeping their form.

Among the injured is midfielder Thomas Sang, four forwards, including Max Watters, and five defenders, like Jordi Osei-Tutu and Sean Morrison. We will see if the number of injuries will put a dent in Cardiff's team spirit and if they will manage to beat one of the current teams who will most likely get relegated next season. 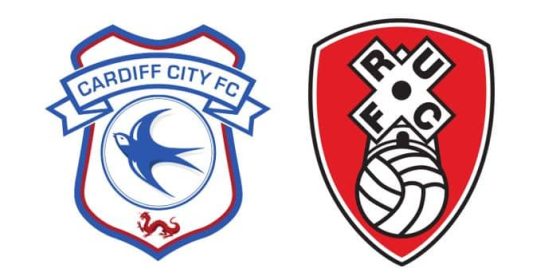 Q&As for the Cardiff vs Rotherham Event