Four defeats in a row, 11 goals conceded and one goal scored. It's bad form whatever way you look at it. Can Cardiff break their horrific run here? Find out with our Cardiff vs Reading match preview with free tips, predictions and odds mentioned along the way.

Cardiff vs Reading: Our Picks

Cardiff to stop the rot

If you look at the formbook there is only one winner in this fixture. Cardiff have lost their last four with two of them being big defeats whilst Reading have won three and drawn one of their past five. Despite all of that, we really fancy Cardiff to get a draw. Mick McCarthy is rightly having questions asked of him after back to back heavy losses but he's a gaffer that knows how to galvanise a squad. They'll be licking their wounds as we speak and will be a different beast on Saturday. With Reading having taken just five points from the last 30 available on the road, a draw won't be the worst result for either team.

We've already made the prediction that this game ends level but a both teams to score ‘no' bet doesn't necessarily mean 0-0 awaits; instead, it just boosts our chances of landing a winner. Cardiff have scored one goal in their last four matches, which means they've failed to net in three of them. Reading haven't exactly found goals hard to come by but never looked particularly like taking Derby apart in the week. If Cardiff can keep things tight early on, frustration might well grow given the Royals rubbish away form.

Don't expect much of a highlight reel

Cardiff have seen 10 goals in their last two matches with nine of them going in the wrong end as far as they're concerned. Despite that, we are making the prediction that this match falls short of the 2.5 mark. It's almost impossible to imagine Cardiff being quite so bad at the back this time round. Prior to those two defeats, Cardiff had seen two 1-0 games whilst the last two Reading matches have also seen a combined two goals.

The best odds for Cardiff vs Reading

Cardiff boss Mick McCarthy is under serious pressure after his team have shipped nine goals in their last two games. A lot will be made of his decision to play five centre backs against West Brom. When you ship concede four goals, that's only natural. What McCarthy can't be held accountable for is inexplicable own goals like that from Curtis Nelson and wonder strikes finding the top corner from range. With Cardiff likely to set up to be hard to play against, Reading will be looking for a moment of magic from someone – probably John Swift – and with just one away win in 10 it's something they could really do with.

Quickfire questions on Cardiff vs Reading 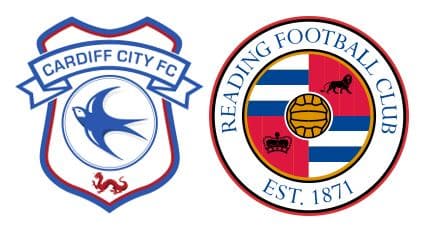