Round 24 of Premier League action brings together Burnley and Manchester United at Turf Moor. The hosts are in dire straits while the visiting Red Devils are in a similar situation following their FA Cup capitulation.

Burnely are at the bottom of the English Premier League points table and with good reason. They have only won once in their last fifteen competitive outings and look bereft of ideas. They will have a tough task on their hands against Manchester United, who are unbeaten in their last six away trips, drawing thrice and earning the same amount of victories. With the Red Devils claiming the three points on offer on each of their last five trips to Turf Moor, we are backing them to repeat their heroics.

In the last six iterations of this fixture, Burnley has failed to score against Manchester United. We believe that will not be the case this time around. The Clarets have struggled but have managed to give their rivals a scare with their scoring abilities. They have scored seven goals in their last five home fixtures, one fewer than the Red Devils tally in the same amount of away trips. With United seeing BTTS come true in three of their last four matches, we believe the trend will continue.

Burnley vs Man Utd: Check out the best odds and the latest stats

Burnley vs Man Utd: Check out the team lineups

Sean Dyche manage to stave off relegation in the 2020/21 campaign by a hairs breath. Survial is the need of the hour again as Burnley are bottom of the Premier League points table after 23 rounds of action. It is their inability to get of the line that has seen them register 10 draws and continues to hurt them make the push higher. The addition of prolific Dutch attacker Wout Weghorst should change this and hopfully allow the Clarets to add to their win column.

Middlesborough were supposed to make the trip to Old Trafford and return with their tails between their legs. Boro did not comply with expectations and earned a famous victory over the Red Devils. Ralf Ragnick would have been furious with the result but will take it in stride as it allows him to focus on the Premier League. There are five teams challenging their fourth place ranking and failure to fend off their rivals can be financially disastrous.

Questions About Burnley vs Man Utd 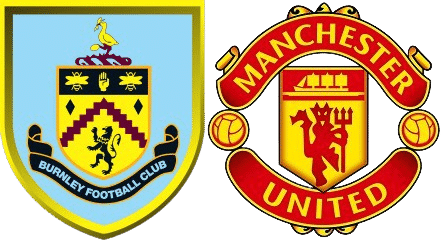 Who are the players to watch out for? Wout Weghorst (Burnley) and Cristiano Ronaldo (Man Utd).