Chelsea are well off the pace in the title race but have to concentrate on winning their remaining Premier League games and hope that both Liverpool and Man City go through poor runs of form. Burnley have the home advantage this weekend and have shown major improvements in recent weeks but haven't fared well against Chelsea during their time in the Premier League together.

Chelsea have won five of their last seven encounters with Burnley and haven't lost against Saturday's hosts since 2017. Of Chelsea's last five wins against Burnley, four have produced clean sheets and we're backing Chelsea to claim a win-to-nil on Saturday afternoon. Burnley have lost two of their last three home games, failing to score in each of those defeats, while Chelsea have won five of their last six outings and have secured four clean sheets during that period.

With three of the last four meetings between these two clubs in the Premier League producing under 2.5 goals, you can see why we're backing a low-scoring 90-minutes this weekend. Five of Burnley's and four of Chelsea's last six outings in all competitions have witnessed fewer than three goals scored, adding even more weight to our prediction for under 2.5 goals on Saturday.

Burnley could move out of the relegation zone this weekend

Burnley had a chance to move out of the relegation zone in midweek when they played host to a struggling Leicester side. However, the Foxes rediscovered their form, in the second half mostly, and ended up running out 2-0 winners. The first half ended goalless and the game really changed when Leicester introduced Maddison and Vardy in the second forty-five. Both players scored in the final 8-minutes of the game to hand the Foxes a 2-0 victory at Turf Moor.

Chelsea were away against Championship opposition in midweek when they took on Luton in the 5th Round of the FA Cup. The underdogs lead at the break 2-1 thanks to goals from Burke and Cornick with Saul scoring a rare goal to keep Chelsea in the tie. Werner brought the Premier League side back onto level terms in the 68th-minute and 10-minutes later, Lukaku netted to secure Chelsea a 3-2 victory.

Burnley: Vydra, Gudmundsson, Pieters, Mee and Stephens all have injuries that look set to keep them out of Saturday's clash.

Chelsea: Azpilicueta, Christensen, Ziyech, Chalobah and Chilwell are all doubts for the trip to Turf Moor. 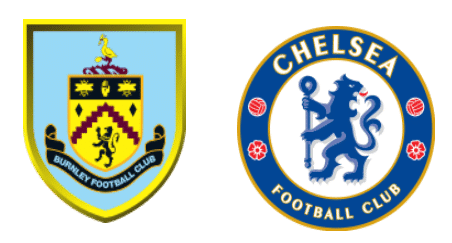