To say either of these teams are pulling up trees in the early part of the season would be somewhat of a lie. Will either find a way to win here? Find out with our Burnley vs Blackpool match preview with free tips, predictions and odds mentioned along the way.

We’ll be honest, backing a team to win in this match wasn’t an easy task. Burnley haven’t exactly been chalking up win after win and Blackpool had failed to win in three straight games before beating QPR last time out. Why then are we making the prediction that Burnley take maximum points? Well, whilst wins have been a struggle, they are still unbeaten at home this season and have lost just one of their last six games in all competitions. On top of that, they have a good record against Blackpool when playing at home.

Our next tip for this match is that someone will fail to score. Burnley have a 50/50 record this season of games seeing goals at both ends with two of their four games having ended with a ‘nil’ in the final score line. The real clincher for our ‘no’ prediction though comes from Blackpool’s form; none of the five games they’ve played this season have ended with both sides scoring; that’s quite the streak!

Here are the key stats & form guide for Burnley vs Blackpool

Can recently relegated Burnley find a way to win?

Neither of these sides have made the start to the season they would have liked but it is still early days as far as the Championship table is concerned. A win here – for either side – would be a welcome boost to confidence for fans and players alike.

Vincent Kompany’s men delivered a lesson in football to Huddersfield on the opening weekend but, since then, it’s not all clicked into place for the Clarets. Goals are what get you promoted and, as yet, they’ve not scored more than one per game. That really needs to change if they're to compete at the top of the league.

Blackpool enjoyed a good season last year but, in reality, they were punching above their weight as they rode the crest of the promotion wave and form. Now though that wave is breaking and Blackpool are in danger of being left behind as they sit on just five points.

A quickfire FAQ on Burnley vs Blackpool 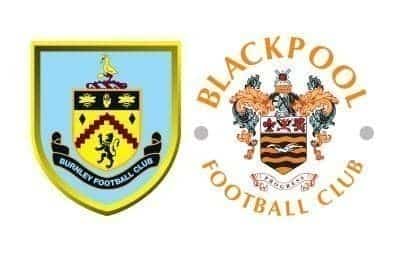